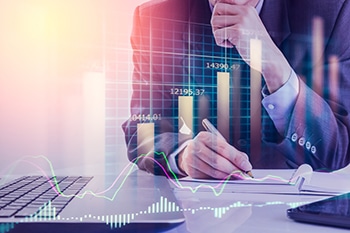 Shares of the Bangalore-based real estate developer Sobha rose as much as 7 per cent to hit an intra-day high of ₹ 439.70 on the BSE after the company, post market hours on Thursday, said that it achieved best ever quarterly sales volume in December quarter. “Sales volume achieved during Q3-21 is the best ever quarterly sales volume reported by the company without any major launch during the quarter,” Sobha said in a press release.

During the quarter, Sobha achieved total sales volume of 1,133,574 square feet of super built-up area valued at ₹ 888 crore, with a total average realization of ₹ 7,830 per square feet. Sales volume, total sales value are up by 27 per cent and 29 per cent respectively as compared to Q2-21.

“Residential housing demand has gained traction as reflected in increase in mortgage loans given by home loan financing banks/ Fls/HFCs. As a result, large developers are outperforming their own previous sales volumes on a Q-o-Q basis. Healthy sales numbers are encouraging despite the fallout of Covid19 pandemic situation and related stress across industries. Demand situation is also backed by once in a lifetime low interest rates, stamp duty reduction in some states, various payment and other schemes offered by the developers,” Sobha said in a statement.

“Bengaluru has returned to normalcy and has contributed 69 per cent of the total sales volume along with meaningful contribution from other regions especially Gurugram, Kerala and Pune. We are currently witnessing good sales momentum across all other regions along with Bengaluru,” Sobha said.

Featured Ravindra Soni - January 28, 2021 0
NASA's OSIRIS-REx spacecraft will say farewell to asteroid Bennu and begin its journey back to Earth on May 10, the US space agency has...

Insurance Ravindra Soni - January 28, 2021 0
The health insurance sector has sought favourable tax treatment from the government to help penetrate this important security to the masses especially on account...