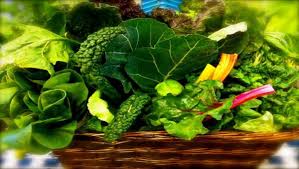 Keto diet gained a lot of traction in the past few years for faster weight loss. Many celebrities also took to this diet plan that relied on high-fat, high-protein but low-carb foods. The diet showed quick results on many people, catapulting it to one of the most popular diets of recent times. Before the advent of keto and other such diet fads, we used to rely on lowering the consumption of fatty foods to lose weight. A recent study reinstated our faith in this belief.

The study led by scientist Kevin Hall at the National Institutes of Health claimed that the age-old method of following a low-fat diet is better than the high-fat keto diet. It also pointed out that plant-based protein sources coupled with low-fat and healthy carb-rich foods worked in a better way to bring about weight loss.

The researchers studied a total of 20 people, giving 10 of them keto diet foods. The other half were given a high-carb, low-fat, plant-based diet. The diets were followed for 2 weeks by both the groups and then they were switched to the other diet. This gave the scientists a chance to study the effect of both the diets on each participant and notice their insulin levels and overall fat loss. The study was pubsihed in ‘Nature Medicine‘.

Retail Inflation Eases To 4.06% In January Amid Decline In Vegetable Prices

Best video door phones to safeguard your homes in 2021

Pregnancy with diabetes – Know the risks to avoid complications