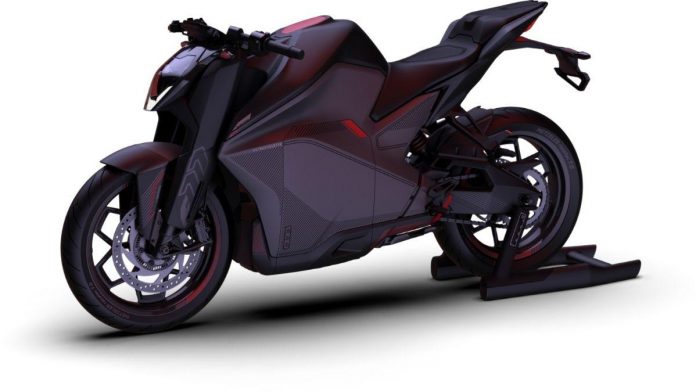 Chennai based TVS Motor Company has invested Rs 30 crore in Ultraviolette Automotive to expand its reach in electric vehicle segment. after the . The Bengalore based EV company has
recently launched its high-performance motorcycle F77. This investment was received as part of its Series B round of funding. The company has previously invested Rs 5 crore in Ultraviolette in 2017, for a 14.87% stake. For the record, the EV startup Ultraviolette commenced its operations in 2015.The startup revealed the pre-production version of the F77 electric bike last November.

Narayan Subramaniam, Founder and CEO of Ultraviolette Automotive, said, “We also see rapid growth in the Indian two-wheeler industry with a special focus on the electric vehicles, and it is in this context that we set out to create the F77 — India’s first high-performance motorcycle,”.The Electric bike, F77 is high-end technology and a high performance-oriented motorcycle built with principles used in aviation industry. It comes with remote diagnostics over-the-air upgrades, regenerative braking, multiple ride modes, bike tracking, ride diagnostics and other features.

Subramaniam added, “TVS Motor Company has always shared our passion for building globally competitive and futuristic mobility solutions, and we are excited about our continued partnership with them.”

The Ultraviolette F77 sources power from an air-cooled brushless DC (BLDC) motor. This unit has been rated for an output of 25 kW (33.5 bhp) and 450 Nm. Yes, you read that right, that's 450 Nm at the rear wheel.The EV maker claims that the bike has a top speed of 47 kmph and is capable of accelerating from 0-100 kmph in 7.5 seconds. The motorcycle will feature three riding modes – Eco, Sport and Insane. As far as launch price goes, expect the F77 to start from somewhere around Rs3 lakh to Rs 3.5 lakh.

Should I buy the “rental car insurance”?

Insurance-Tips BFN's Desk - August 19, 2022 0
One of the more common questions we receive is “should I purchase the insurance from the rental car company”? Unfortunately, there’s not a...

Merck Foundation CEO Meets The President and The First Lady of Sierra Leone to...

Should I buy the “rental car insurance”?

Merck Foundation CEO Meets The President and The First Lady of...