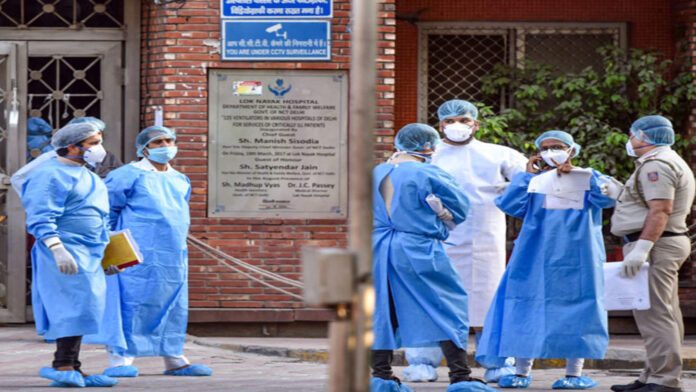 India has reported the highest rate of coronavirus recoveries in the world, which has crossed the 80 per cent-mark, said Union Health Ministry today.

Addressing the Health Ministry press briefing on the COVID-19 situation, Rajesh Bhushan, Secretary, Union Health Ministry said, “We get swayed by the narrative that India has over 50 lakh cases, but we forget that nearly 45 lakh people have already recovered. India has the highest recoveries, 44.9 lakh in the world. India contributes 17.7 per cent share in the total COVID-19 cases (globally). However, in terms of recovered cases, India shares 19.5 per cent of the total recovered cases (globally).”

Mr Bhushan further stated that India’s recovery rate is over 80 per cent. Over one lakh recoveries have been registered in the last 24 hours. “We have conducted 6.5 crore tests while 12 lakh tests were conducted on a single day.”

“One of the major reasons for these developments is that India was able to detect coronavirus before, isolate early and hospitalise seamlessly. All this has been made possible because of an exponential increase in COVID-19 testing infrastructure in the country,” said Mr Bhushan.

“Around one crore tests were conducted till July 7 in the country. The journey between one crore tests to three crore tests took 27 days. During this, the number of labs was increased from 1,100 to 1,300. Till September 8, India had conducted five crore tests (cumulative figures). Today we have 1,776 labs both in the public and private sectors. This is a huge achievement,” he added.

Mr Bhushan stated that COVID-19 testing in Punjab needs to be increased.

“We have to chase the virus. The facility of beds availability needs to be put in the public domain. Instill confidence in people. New cases are being reported from a few states. We have sent our central teams to such places. PM Modi will also keep a watch on it,” he said.

Speaking about the oxygen availability, Mr Bhushan added, “There is no hindrance in the transportation of oxygen movement (interstate and intra-state both). Oxygen tanker can move during day time within city limits. Inter-ministerial Control Group has been created to monitor oxygen facility in real-time.”

“States have to create a control room for oxygen facility. Micro-level management at the hospital level has to be looked after. What is the projected demand for oxygen, further plannings also have to be checked,” he added.