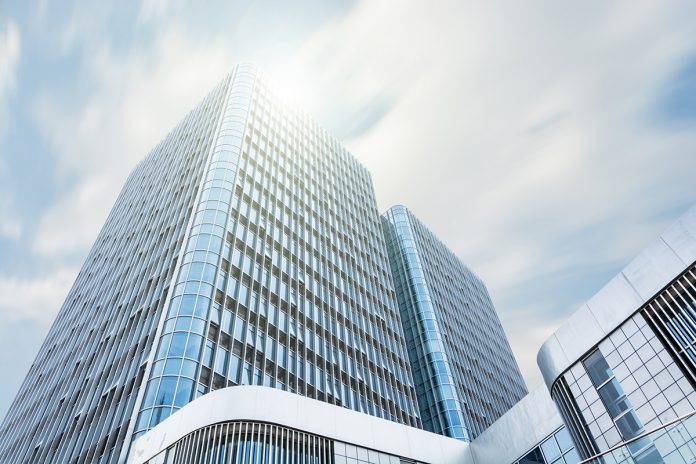 The burgeoning satellite city of Thane which is an extended suburb of the MMR region has netted the nickname – ‘The city of dreams’ a couple of years ago, and the label could not be more accurate than in current times. As prospective end-users and investors endure to stream into this developed metropolis from diverse parts of the country, the city’s advancement has been unabated and is presently expanding and merging to the other bordering towns. While every city undergoes a transmutation as it witnesses unrestrained migration, Thane’s case is atypical in the sense that the strategic growth is led by housing and commercial, along with being well complemented by the speedy infrastructure development in terms of connectivity and transportation.

As per the previous census 2001-2011, Thane was considered to be a prime area for the population influx in the MMR region. A significant percentile of the population was keen on shifting to an area, where lifestyle isn't compromised, negligible congestion, and most importantly economical. The aforesaid reasons were the mobilizing factor to influence the population to move to a satellite city like Thane and its extended boundaries.

The current pandemic era has presented a drastically altered real estate market, with penchants modifying to accommodate new realities, for instance, the WFH concept. Many potential homebuyers will now consider shifting base to the cities bordering areas leading to markets emerging for new areas likeKalher, in extended boundaries of Thane, will be a unique case among the new micro-markets, for being an affordable housing destination for middle-income group, in the pursuit of acquiring homes with enhanced amenities.

Around 4 km away from Balkum, Thane, there isa location being planned as a counter magnet to the existing Thane city. Residents who will be planning to set up their new homes can still enjoy the social infrastructure and benefits of Thane at a relatively lower price. The chief growth drivers are the existing and upcoming development, snowballing employment opportunities around the neighboring area, and infrastructure projects which are emerging as growth corridors fuelling a surge of real estate valuations.

Kalher booming and how

Kalher is set to become one of the fastest-growing real estate market in the outer fringes of the city of Thane. It has metamorphosed into one of the most desired investment destinations. This location includes all the provisions of convenience, comfort, and ease if compared to the ones associated with Thane.

Being the epicenter to numerous locations around it, Kalher enjoys the benefit of commutability without much hassle. With the neighboring areas of Thane and Airoli in Navi Mumbai having developed into prime IT hubs owing to the speedy commercial revolution taking place in the form of IT parks and malls, there has been a surge in employment opportunities, followed by an increase in the demand for homes as well. Besides neighboring areas of Bhiwandi are fast emerging as warehousing hubs for e-commerce majors. With a rise in the liveability index, great ROI prospects, and unabated pace of infrastructure development, this outlying micro-market will be witnessing rampant growth not only from migrants but also for low and middle-income groups who are looking to enhance their lifestyle.

Unlike the prior generation, the modern-day millennial is not keen on spending hours of their workday in travel, thus urging property developers to plan markets in proximity to where the labor force is.

The city’s young millennial crowd are gradually turning to the peripheral suburbs of the MMR, including areas like Navi Mumbai, Thane and Kalher where their professional establishments are moving too. Their need is for township projects, majorly catering to the budget residential segment which comprises components of retail and commercial in addition to basic social infrastructure. Locations in and around Thane like Kalher have countersigned some of the major infrastructural projects taken up and accomplished in the recent past, which has certainly shaped the growth trajectory. This allows residents of these locations the chance not only to enjoy their own township facilities but also some of the best social infrastructure of Thane like schools, colleges, hospitals, malls, entertainment etc. From widening the internal roads to constructing flyovers connecting the area to the other cities, there have been innumerable tangible steps taken to enhance the area's connectivity.

Under Construction and Proposed Connectivity in and around Thane

As millions of residents would use the upcoming infrastructure projects daily, the real estate developments which lay alongside the project corridors will certainly gain traction. 'The under-construction Metro Line 5 that will connect Thane-Bhiwandi-Kalyan will ease overcrowding. This coupled with the fact that Kalher is also a proposed station under the Metro Line 5 Route is expected enhance the potential of the location further. Besides that, the under-construction Metro Line 4 that will be running from Wadala to Kasarvadavali in the neighborhood will endow the commuters a swiftly travelling option to avoiding traffic congestion. The planned METRO LINE 10 that will be running between Gaimukh to Shivaji Chowk will also offer seamless connectivity between Mira-Bhayandar and Thane. Other proposed infrastructure facilities that are all set to alter the extended Thane’s real estate skyline include the Proposed Mumbai-Ahmedabad bullet train, Virar Alibaug Multi-Modal Transport Corridor, planned Thane-Borivali tunnel, scheduled Thane Waterways, RO-RO waterways and planned CST-Thane Underground Railway Line and to name a few. Owing to the impending connectivity with other transport modes, housing schemes, and the private real estate traction it has been beholding locations around Thane like Kalher which are on the verge of transforming into an operational commercial hub as well.

The 126 km-long Virar-Alibaug MultiModal Corridor that is expected to connect NH-8, Bhiwandi bypass, NH-3, NH-4, and NH-4B, Mumbai-Pune Expressway, NH-17. This will play a crucial role in creating more employment opportunities in the growth centers of Thane, Kalher, Bhiwandi, Kalyan, Dombivali, Panvel, Uran, Taloja, and Virar. This infrastructure expansion is expected to further open not only for the affordable residential segment but alongside this proposed infrastructure is set to roar. The Metro rail by the Mumbai Metropolitan Region Development Authority (MMRDA) has also been entitled to this flourishing suburban market.

Lifestyle is the supreme factor

Well planned residential developments, mounting infrastructure, budget-friendly prices, and plentiful of open spaces in the surrounding areas will surely draw demand from existing residents, potential buyers, and investors alike from various parts of the city. With the prevailing work from home culture, many may now choose to reside in more expansive and cost-effective homes in peripheral Thane locations which serve as an extension of Thane in itself. While adequate supply presently is existent in most of the fringes, there would be a requirement to inject fresh supply to meet this newfound demand.