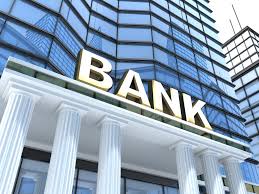 After the Galwan conflict Indo china relation have seen lower points in past few months, Indian government’s main focus from now in on making India an AtamNirbhar Bharat and curb
ing the use of Chinese products which is flooded in all over the Indian market, as a start of atmaNirharBharat Indian government had banned 51 Chinese apps in early June
Indian railways- the worlds fourth-largest railways network-canceled a project worth Rs 470 crore with Chinese firm accounts of non- profession
Government of India is continuously keeping a check on Chinese investments in the Indian market, and it has said that Chinese central banks are eagerly expanding its investments in Indian banks
CAIT (Confederation of All India Traders) president BC Bhartia said that the sudden Chinese interest in India's banking sector raises an alarm for the entire sector, and the Reserve Bank of India is the custodian of India banking must now neon high alert to closely monitor this sinister strategy
“It seems quite clear that China has designed a well-planned strategy to intrude into the Indian Banking sector which is quite well regulated and is very important for the financial health of the country,” said Praveen Khandelwal, Secretary-General, CAIT.
“Even though the Government had introduced a mechanism to check the foreign portfolio investments, there is nothing concrete yet from the RBI to restrain and control the funding coming in from China,” he added.

SBI Gets Bond Warning From France’s Amundi Over Coal Mine: Report