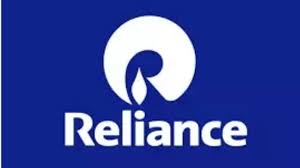 With this investment, Reliance Industries said its retail unit has raised a total of ₹ 37,710 crore from leading global investors, including Silver Lake and KKR, within four weeks.

That is a second investment by ADIA in a Reliance Industries group company. In June, the Abu Dhabi-based state-owned company had agreed to take a 1.16 per cent stake in Reliance Industries’ digital services arm, Jio Platforms, for ₹ 5,683.50 crore.

“We are delighted with ADIA’s current investment and continued support and hope to benefit from its strong track record of over four decades of value creation globally. The investment by ADIA is a further endorsement of Reliance Retail’s performance and potential and the inclusive and transformational New Commerce business model that it is rolling out,” said Mukesh Ambani, chairman and managing director, Reliance Industries.

Reliance Retail Ventures, a subsidiary of Reliance Industries, operates the country’s largest, fastest-growing and most profitable retail business serving close to 640 million footfalls across its 12,000 stores nationwide, the group said.

READ  Vodafone-Idea gets together to raise funds from September 4.

Reliance Industries shares ended 0.05 per cent lower at ₹ 2,210 on the BSE, ahead of the announcement of deal with ADIA, underperforming the benchmark S&P BSE Sensex index, which climbed to a seven-month high.

Reliance Industries has attracted a series of investments this year, which, along with a rights issue worth ₹ 53,000 crore, have helped the group become net debt-free much ahead of its goal of March 2021.

The group has been aggressively expanding its footprint in the domestic retail sector as it looks to attract potential investors over the next few quarters.

At Reliance Industries’ annual general meeting this year, Mr Ambani had said his group had been approached by investors for a stake in Reliance Retail.

National Fertilizers shares have rallied 67 per cent in the past one week from Rs 38.1 to Rs 63.70 as of today