Wearable devices such as smartwatches and fitness bands can be very useful gifting items. What makes them better than a traditional watch is the bevy of smart features they offer. They also look good and many of them are water-proof so users don’t have to take them off while swimming or washing their hands. The fitness bands have a smaller screen and are meant for fitness enthusiasts who like to keep track of their progress all the time. Here are some fitness bands and smartwatches that can be good Diwali gifts.

The third-generation Apple Watch looks similar to its predecessors and has a similar aluminium body. What sets it apart from predecessors is the new S3 processor which is 70% faster. Apple has added a W2 wireless chip for faster WIFi and Bluetooth connectivity. The 1.65-inch OLED display is brighter than before and can be used for reading email, checking notifications, playing games and keeping track of the heart rate and steps walked. It runs Watch OS4 and comes in 38mm and 42mm variants. 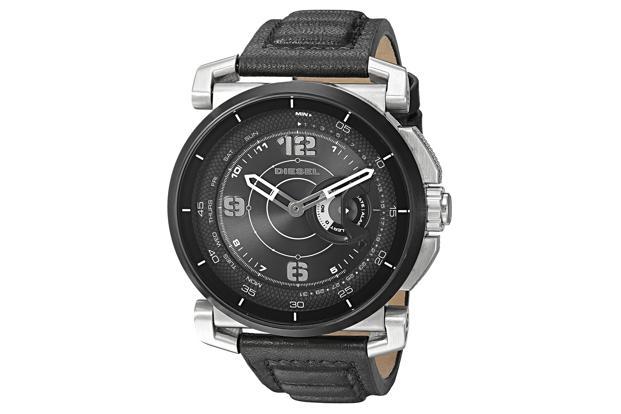 Diesel On Time can track steps, distance covered and sleep pattern and can also inform users of incoming notifications on the smartphones.

Diesel On Time belongs to the new generation of hybrid watches which look like real watches but have many elements of a smartwatch. It can track steps, distance covered and sleep pattern and can also inform users of incoming notifications on the smartphones (when connected). It has a round gunmetal case with a 58mm dial, making it one of the biggest hybrid watches. To use its smart features, users can connect it to a smartphone via Bluetooth and open the DieselOn app. It is powered by coin cell which lasts six months or more without having to be charged even once. 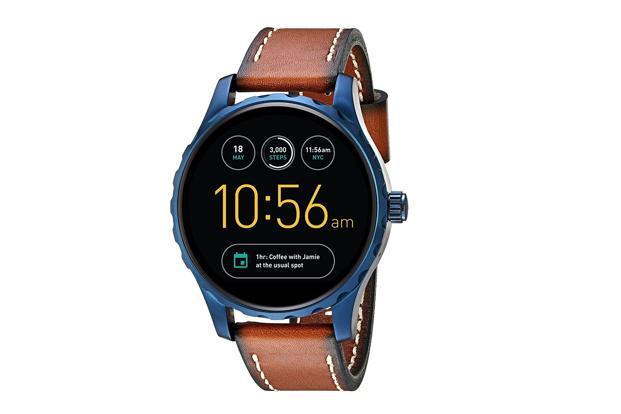 Fossil’s Q Marshall runs Google’s Android Wear OS. It has a round 45mm dial and metal vase. With a leather strap, it looks like a traditional watch. It is powered by Qualcomm Snapdragon 2100 processor and its battery backup is better than most Android Wear watches—the battery lasts almost a day on one charge. It can track your steps, distance and calories, but misses out on the heart rate sensor. You can connect it to an Android smartphone to receive calls and text notifications and control music from it. 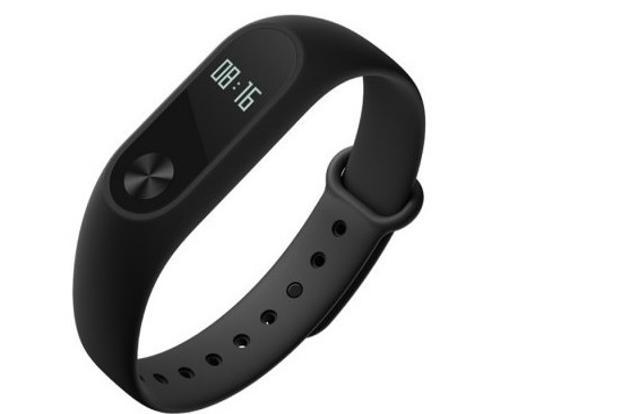 The Mi Band HRX edition is one of the most affordable fitness bands you can get. It is a variant of the Mi Band 2 and doesn’t include a heart rate sensor. However, it retains all its other features such as the 0.42-inch screen, which shows the time, steps walked and calories burned. It has an interchangeable band which is splash and sweat resistant. When connected to a smartphone, users can get a detailed view of their activities over a month. Users can also receive call and text notifications on the screen. Battery backup is impressive. A single charge lasts over two weeks. 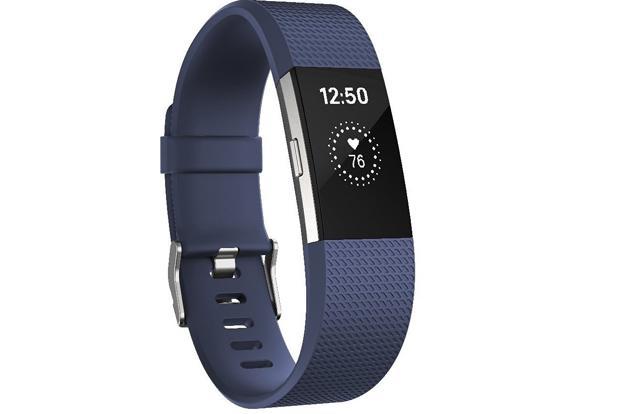 Fitbit Charge 2 has a bigger display and comes with a swappable band made of durable elastometer material and stainless steel buckle.

If you are looking for a more stylish looking fitness band, you can consider the Fitbit Charge 2. It has a bigger display and comes with a swappable band made of durable elastometer material and stainless steel buckle. It offers a heart rate monitor and can also track steps, calories burned and sleep quality. Its battery lasts up to five days with the heart monitor on, which is impressive. Like the Mi Band HRX, users can access their daily or weekly progress on a smartphone with the Fitbit app. Users can also get notifications for calls and messages on this band. It is not water-proof. 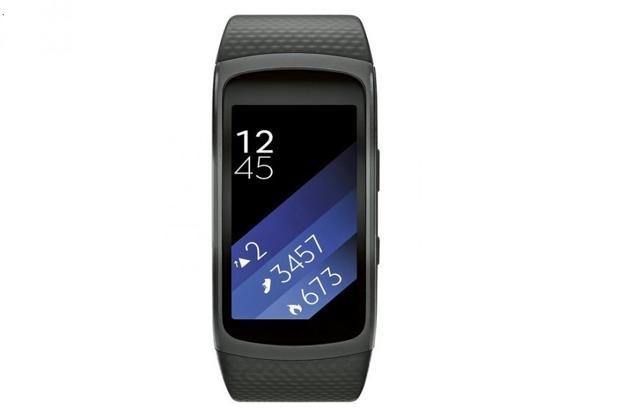 Samsung Gear Fit 2 users can connect it to any Android smartphone running KitKat (4.4) or higher versions and receive call and message notifications.

Samsung’s Gear Fit 2 has a curved AMOLED screen of 1.55-inch and runs Samsung’s Tizen OS, also used on Gear Watch. Users can connect it to any Android smartphone running KitKat (4.4) or higher versions and receive call and message notifications. It has built-in GPS which means one can track their runs on the screen. Battery backup is average. It lasts just 4-5 hours on one charge. If you like listening to music while exercising, you can play music directly from it with a Bluetooth earphone connected to it. The 4GB of internal storage and microSD provides ample space to save music. The band comes with IP68 certification which makes it waterproof up to 1.5 metres for 30 minutes.