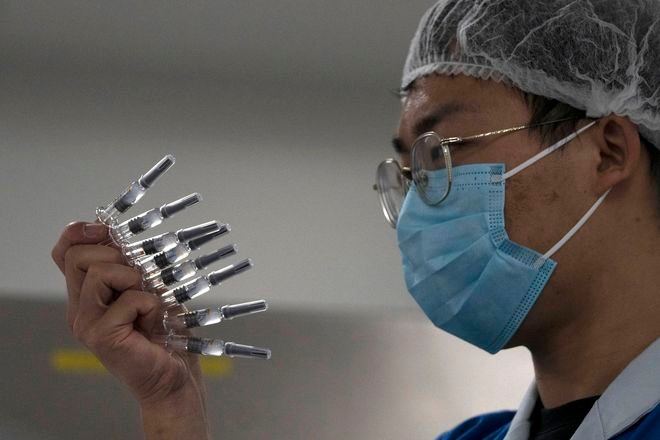 A Covid-19 vaccine developed by China’s Sinovac Biotech called CoronaVac is 91.25 per cent effective, according to preliminary data from a late-stage trial in Turkey, a potentially much better result than reported from a separate trial of the vaccine in Brazil.

Researchers in Brazil, which is also running a final Phase III trial of the vaccine, said on Wednesday the shot was more than 50 per cent effective, but did not disclose full results at the Sinovac’s insistence, raising questions about transparency of the process.

The Beijing-based biopharma firm’s vaccine for Covid-19, CoronaVac, is an inactivated vaccine.

CoronaVac functions by using killed viral particles to expose the body’s immune system to the virus without risking a serious disease response.

The Moderna and Pfizer vaccines being developed in the West are mRNA vaccines. This implies that part of the coronavirus’ genetic code is injected into the body, triggering the body to begin making viral proteins, but not the whole virus, which is enough to prime the immune system to attack.

Turkish researchers said on Thursday no major side-effects were seen during their trial period, apart from one volunteer who had an allergic reaction. Common adverse effects caused by the vaccine were fever, mild pain and slight fatigue, they said.

Asthma during winter – Follow the precautions to stay safe

Hospitality Ravindra Soni - January 21, 2021 0
Raipur, 21st January, 2021: It’s celebration time for all the foodies in the city as Courtyard by Marriott, Raipur is organizing a 10 day...

What is Time Series Analysis?

Technology BFN's Desk - January 21, 2021 0
Definition- Time Series is a series of observations taken at specific time intervals to determine the long-term trends and to forecast the future and...

Violence Breaks Out Outside BJP Office In Bengal, Vehicles Set On...

What is Time Series Analysis?