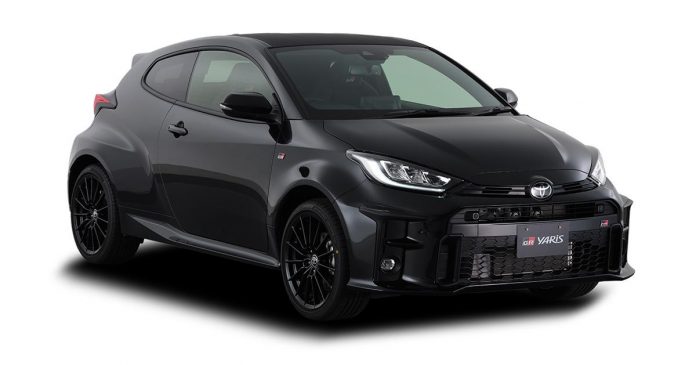 The new GR Yaris incorporates lessons from the TOYOTA GAZOO Racing World Rally Team about how to make cars that are competitive in the WRC, as well as evaluations by non-Toyota professional drivers from the early stages of development. It was developed to respond to driver input on various types of roads around the world, and enable anyone to drive as they wish with peace of mind.

In addition to using aluminum for the hood, back door, and door panels, the upper body of the GR Yaris features a carbon fiber-reinforced plastic roof panel formed using the sheet molding compound method, which accommodates a high level of freedom in shape design. The robust three-door cabin fuses light weight with outstanding aerodynamic performance.

By optimizing front and rear suspension settings, for example, through its participation in the WRC, TOYOTA GAZOO Racing has come to know the various types of roads regularly used by its customers around the world; the new GR Yaris incorporates the knowledge and expertise accumulated by the company as it seeks to refine its people and its cars through the pursuit of making ever-better cars.

Production will be carried out at the GR FACTORY, a dedicated production line that has been established at Toyota’s Motomachi Plant, which has a long and solid track record of manufacturing sports cars. There, preparations are being made for takumi (master craftsperson) team members to assemble the cars.