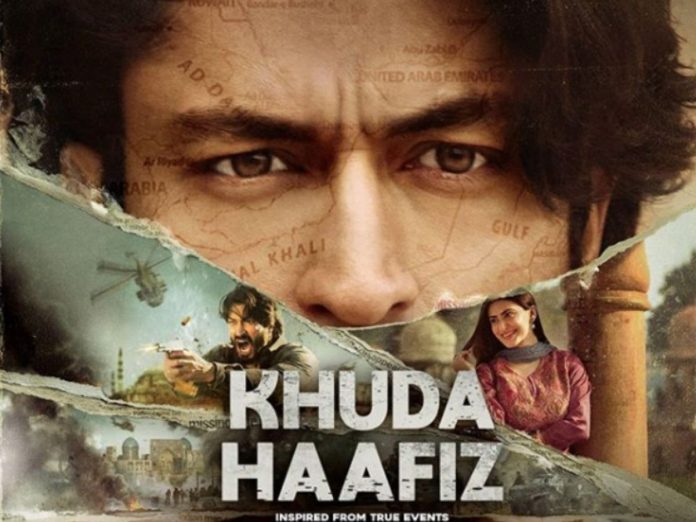 Action thriller “Khuda Haafiz”, fronted by actor Vidyut Jammwal, is getting a sequel, the makers announced on Thursday. The development came a month after the film was released on the streaming platform Disney+ Hotstar on August 14 as theatres remain shut due to the coronavirus pandemic.
Directed by Faruk Kabir, “Khuda Haafiz” was inspired from real-life incident from 2008, when a man went out to rescue his wife, abducted and forced into human trafficking in the UAE.
The second chapter will take the love story of the lead characters Sameer (Jammwal) and Nargis (Shivaleeka Oberoi) forward.
Sameer getting his wife back is not the perfect ending of their story, said Jammwal.
“To adjust and successfully live in the society after the woman has gone through this turmoil is the real beginning of the love story. That's what we're planning to showcase in the second chapter,” the actor said in a statement.
Kabir said he always had a sequel in mind, but wanted to wait for the audience's response.
“'Khuda Haafiz Chapter II' is a more potent and heartfelt love story about how the lead characters come to terms with what has happened to them,” the director added.
Abhishek Pathak of Panorama Studios said the response to “Khuda Haafiz” was phenomenal and they hope viewers will also embrace the second chapter.
Produced by Kumar Mangat Pathak and Abhishek Pathak (Panorama Studios) and co-produced by Sanjeev Joshi and Aditya Chowksey, “Khuda Haafiz Chapter II” is expected to go on floors early next year.

Politics Ravindra Soni - October 30, 2020 0
Kamal Nath is no longer a "star campaigner" in Madhya Pradesh by-polls, the Election Commission ordered today after a series of controversial...