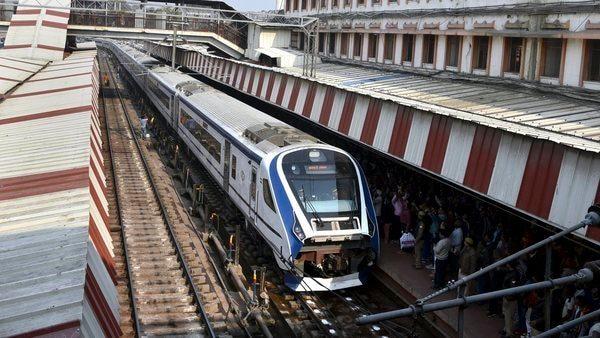 New Delhi: The Indian Railways Catering and Tourism Corporation (IRCTC) has finally opened booking for Train 18 or the Vande Bharat Express. People have been eagerly waiting to travel in India’s fastest train, touted as the new Shatabdi Express. Tickets can be bought over the counter or on irctc.co.in. Train 18, which will run between Delhi and Varanasi, will be flagged off by PM Narendra Modi on 15 February but its commercial run will begin from 17 February.

2. The Vande Bharat Express will operate on five days in a week, except on Monday and Thursday.

4. The Vande Bharat Express is An all air-conditioned luxury train and will take around eight hours to travel between Delhi and Varanasi, halting at only two stations – Kanpur and Allahabad.

8. Passengers travelling from New Delhi to Varanasi in the executive class will be charged ₹399 for morning tea, breakfast and lunch, and travellers in the chair car ₹344 for the same. Those travelling from New Delhi to Kanpur and Prayagraj will be charged ₹155 and ₹122 for executive and CC classes, respectively. From Varanasi to New Delhi, passengers will pay₹349 in executive class and ₹288 in chair car, according to the order. Passengers cannot opt out of meals. But those travelling from Allahabad to Varanasi and on the return journey Varanasi to Allahabad can opt out of meals, saving ₹222 on CC tickets and ₹244 on EC tickets, as per a PTI report.

9. The Vande Bharat Express was manufactured under the ‘Make in India’ initiative at Indian Coach Factory in Chennai.