At a time when more public sector banks are revealing divergences in non-performing asset (NPA) classification, the banking regulator has overhauled the resolution framework.

Releasing the revised framework on its website on Monday evening, the Reserve Bank of India has directed banks to ensure a resolution plan (RP) is in place within 180 days of a ‘default’ of accounts, with exposure of Rs 2,000 crore or more.

While this may  strain their balance sheets now, in the long term, the measure will help banks avoid a pile of NPAs, which has been the case so far.

Rajkiran Rai G, MD and CEO of Union Bank of India, said: “This is a good direction in the long term. While temporarily, there may be some pressure and we may have to declare some accounts,which may be set to turn bad next year, as NPAs in the fourth quarter itself. Even our provisioning may increase to some extent.”

Another chief of a public sector bank said this may stop the evergreening (postponing of classification of NPAs) of bad loans by banks and declare defaults upfront going forward.

RBI in its financial stability report has pointed out the risks of the gross NPA ratio of the banking sector to increase to 10.8 percent by March 2018 from 9.6 percent in March 2017.

Total bad loans or gross NPAs in the banking system are estimated at over Rs 8.5 lakh crore.

Previous resolution mechanisms such as Corporate Debt Restructuring, Strategic Debt Restructuring Scheme (SDR) and Scheme for Sustainable Structuring of Stressed Assets (S4A), that were set up over the past years, have been withdrawn.  All accounts yet to be implemented under these schemes shall be governed by the revised framework.

Instead, a new framework, in effect from March 1, has been introduced.

Here we explain RBI’s new framework and its impact. 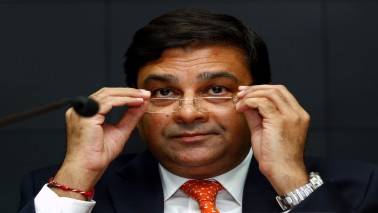 Timelines for Large Accounts to be Referred under IBC:

For loan accounts of Rs 2,000 crore or more, banks will have to ensure that a resolution plan is in place within 180 days after a ‘default’.

If not implemented within the timeframe, the account must be referred to the insolvency courts within 15 days.

For accounts with exposure of Rs 100 crore to Rs 2,000 crore a timeline for resolution will be announced over a two-year period.

Impact: This will strain the balance sheets of banks as the disclosure on their books has to be made much earlier than before.

Lenders must identify emerging stress loans as special mention accounts (SMA) in three categories based on their default period:

Impact: Reporting of such nature will deter borrowers from defaulting for the fear of their names being known to the RBI. It will also alert other lenders while providing another other forms of finance.

As soon as there is a default in the borrower’s account with any bank/lender, all lenders − singly or jointly − shall initiate steps to cure the default.

Impact: Lenders will get on their toes to be forced to take action against the defaulters sooner than later as was the case previously.

The resolution plan can involve:

The plan or the RP in respect of borrower entities to whom the lenders continue to have credit exposure, shall be deemed to be ‘implemented’ only if the following conditions are met:

In case of restructuring/change in ownership in accounts of Rs 100 crore and above, an independent credit evaluation (ICE) of the residual debt by credit rating agencies (CRAs) specifically authorised by the Reserve Bank, is required.

Accounts with exposure of Rs 500 crore and above shall require two such ICEs. Only such evaluated plans will be considered for implementation.

Impact: This is aimed at alerting the bankers on the underwriting norms while considering financing to the borrowers. Further, it also provides the current status and true picture of the borrower’s financial strength and actions.

In case of restructuring, the account will be immediately downgraded to sub-standard and can be upgraded only when all the outstanding loan / facilities in the account demonstrate ‘satisfactory performance’ of no default at any time during the implementation period.

Impact: This is also aimed at providing the current status and true picture of the borrower’s financial strength and actions.

Any failure on the part of lenders in meeting the prescribed timelines or any actions by lenders with an intent to conceal the actual status of accounts or evergreen the stressed accounts, will be subjected to stringent supervisory / enforcement actions as deemed appropriate by the Reserve Bank, including, but not limited to, higher provisioning on such accounts and monetary penalties.

Last year in two tranches, RBI identified around 40 NPA accounts to be taken to courts under the Insolvency and Bankruptcy Code.