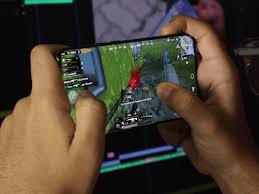 Kim Chang-han, a former child computer prodigy who won national coding competitions in South Korea in the 1980s, had reached his lowest point. It was 2014, and he’d just laid off a third of the employees at his gaming startup. Since 2000, he’d created three multiplayer online games at three startups that all fell flat.

“That was the darkest time in my life,” Kim, 46, recalled. The following year, he sold his firm to the company now known as Krafton Inc., which he joined as an executive producer.

Then his fortunes began to change. As a last attempt to succeed in the business, he decided to make what’s known as a battle royale game, an online game where players compete against one another in an ever-shrinking battlefield to be the last person standing. “Every fiber in my being was telling me to make this game,” he said.

Kim persuaded the Irishman Brendan Greene to join the company and move to South Korea as the game’s creative director.

Bluehole Inc., as Krafton was called at the time, released PlayerUnknown’s Battlegrounds, or PUBG, in 2017. It became one of the most successful games of all time, with the PC and console versions selling more than 70 million copies and the mobile version being downloaded about 600 million times, according to Krafton.

Now the company is planning an initial public offering (IPO) in mid-to-late 2021 that could be South Korea’s biggest in years. The share sale could raise billions of dollars, Kim, who became Krafton’s chief executive officer last year, said in an interview in Seoul, declining to give further details.

The IPO could value the startup at as much as 30 trillion won ($27.2 billion), according to a January 5 report by Eugene Investment & Securities Co.