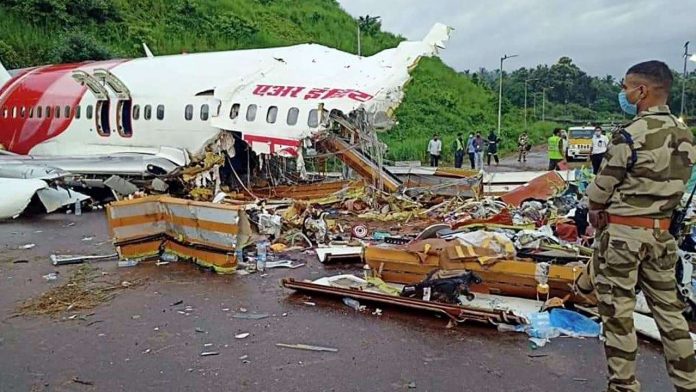 Aircraft Accident Investigation Bureau (AAIB) chief Aurobindo Handa has said that evidence is being collected for carrying out a formal probe into the Air India Express plane crash and it was too premature to make an initial assessment of the incident.

At least 18 people, including two pilots, died in the Air India Express aircraft crash at Kozhikode airport in Kerala on Friday. The Boeing 737 plane, carrying 190 people, had overshot the runway and later broke into pieces.

On the initial assessment about the crash, Mr Handa said the investigation is being carried out as per the Aircraft (Investigation of Accidents and Incidents) Rules, 2017 and ICAO Annex 13.

“As the objective of the investigation is prevention of accidents and incidents, a thorough and an in-depth investigation into all contributory factors would be carried out. It is too premature to make an initial assessment of the crash,” he told PTI in an e-mail interview late Tuesday evening.

Mr Handa is the Director General of the AAIB.

The digital flight data recorder (DFDR) and cockpit voice recorder (CVR) of the ill-fated aircraft have been recovered.

“Initial collection of evidences is in progress for carrying out formal investigation into the causes of the accident to Air India Express B- 737 aircraft VT-AXH,” Mr Handa said while replying to a query on when the initial report is expected to be submitted to the government.

An Airports Authority of India (AAI) spokesperson, on Saturday, said the plane had touched down near a taxiway that is around 1,000 metres from the beginning of the runway at the Kozhikode airport before breaking into pieces.

The Kozhikode airport has a table-top runway and is operated by the AAI.

On whether there is a possibility that the first officer could have taken control of the plane and any indications of pilots' or air traffic controllers' (ATC) failure, Mr Handa said, “It is a part of the investigation and any comments made at this stage would be inappropriate and irresponsible”.

He was responding to a question on the possible takeaways for the probe from the report on the plane crash in Mangalore in 2010.

In 2010, an Air India Express aircraft overshot the runway at Mangalore airport, fell into a gorge, caught fire and 158 people lost their lives in the accident.