Tremors of last week’s Rs 11,400 crore scam at Punjab National Bank seem to have trickled down to other banks as well. Top management of several public sector banks have begun conducting reviews, and taking steps to centralise all processes  including SWIFT to link them to core banking solutions (CBS).

This will help reduce the operational risks that led to the scam at PNB, said bankers of several public sector banks.

Bank of Baroda on Tuesday issued a circular relating to Trade Credit to its zonal heads requesting to instruct the branches under their jurisdiction that they “should not issue Letters of Undertaking (LOU)/ Letters of Comfort (LOC) in favour of overseas supplier, bank or financial institution on behalf of the customers for Trade Credit effective from today, 20th February 2018 till further instructions”.

Two senior Bank of Baroda officials confirmed this saying the instructions were given as the bank was centralizing the process which required the branches to stop issuing the LOUs. “However, we have also issued another circular the same day and within 3 hours have instructed to restart the issuance of the LOUs and LOCs…It was done just to because we are internalizing the processes and centralizing our systems to strengthen the processes,” said one of the officials to Moneycontrol.

The government-owned lender headquartered in Gujarat has also centralized its lending and other foreign exchange transaction processes linking them to its national shared service centre in Gandhinagar.

This means, all the new LoUs or LoCs will be issued through this centre which will be linked to its core banking solutions.

Other senior executive confirmed they aim to link most of their processes to the core banking solutions (CBS) before March 31.

Among other banks, a senior Bank of India official said, “Yes, this is a burning issue and we have had several round of discussions around reviews to centralize processes, routing of SWIFT transactions to the core banking solutions, audit of the SWIFT transactions, supervision of branches, controlling and managing the transfer of employees who have not been transferred for long or often, etc…”

Another small public sector and also a private bank confirmed they have reviewed their processes and ensure all their processes be linked to their CBS as soon as possible to avoid operational risks similar to the PNB fraud. 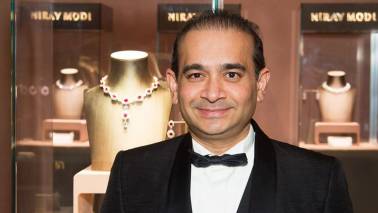 The fraud at the Delhi based bank, PNB, which alleged that billionaire diamond and jewellery importer Nirav Modi connived with two of the bank employees to fraudulently issue LOUs, which were rolled over and used to take loans from foreign bank branches to repay his overseas suppliers.

As per the ongoing investigations by Central Bureau of Investigation (CBI) and Enforcement Directorate (ED), the LoUs were routed through the SWIFT technology, an inter-country channel to make cross-border transactions. However, in the process the transactions went undetected as they had bypassed the core banking solutions.

PNB itself has also stepped up its controls by issuing memos to their regional offices on the use of the global interbank payments network SWIFT following the fraud, according to memos issued this month.

“In continuation of efforts to strengthen SWIFT operation and deploy additional measures to ensure more effective control, it has been decided to set up SWIFT user base limits,” the memos said, according to Reuters.

PNB has also created a unit called “Treasury Division Mumbai” for re-authorisation of most messages sent over SWIFT by branches.

As of now, the Reserve Bank of India (RBI) has not made it mandatory to do the same. However, on Tuesday, in a circular it said that “…as part of its ongoing efforts for strengthening of the supervisory framework in the country, has been issuing necessary instructions to banks from time to time on a variety of issues of prudential supervisory concern, including the management of operational risks inherent in the functioning of banks.”

The banking regulator pointed out it has reiterated its confidential instructions and mandated the banks to implement, within the stipulated deadlines, the prescribed measures for strengthening the SWIFT operating environment in banks.moneycontrol

PNB reduces RLLR by 40bps and MCLR rate by 15bps