The Enforcement Directorate, CBI and I-T department have started a probe in a string of LLP firms created by billionaire diamond merchant Nirav Modi and his uncle Mehul Choksi in the Rs 11,400 crore Punjab National Bank (PNB) fraud case.

The agencies are investigating whether or not the web of these Limited Liability Partnership (LLP) firms that Modi and Choksi used to run over the last two decades were used to funnel black money.

LLPs are easier to run because of their corporate structure, has minimum compliance requirements. 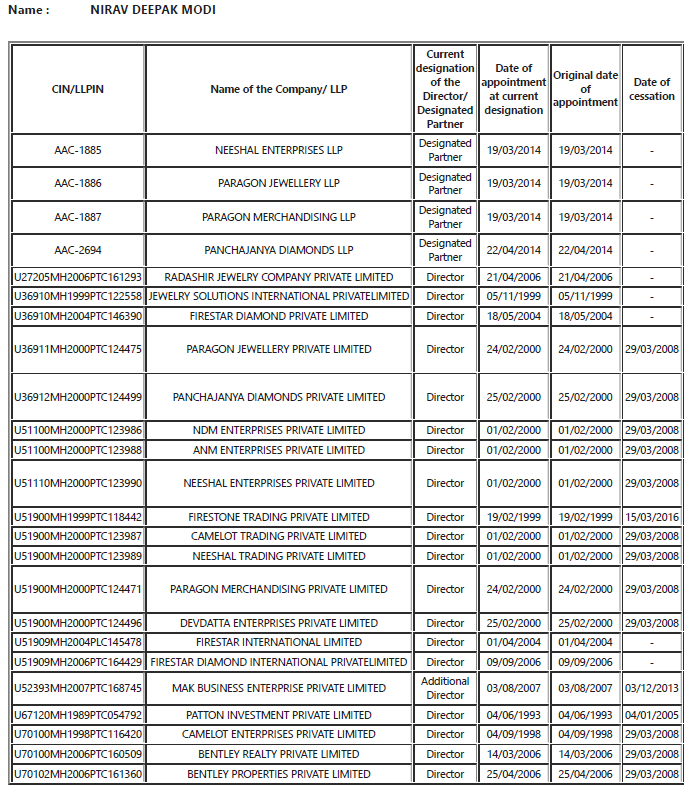 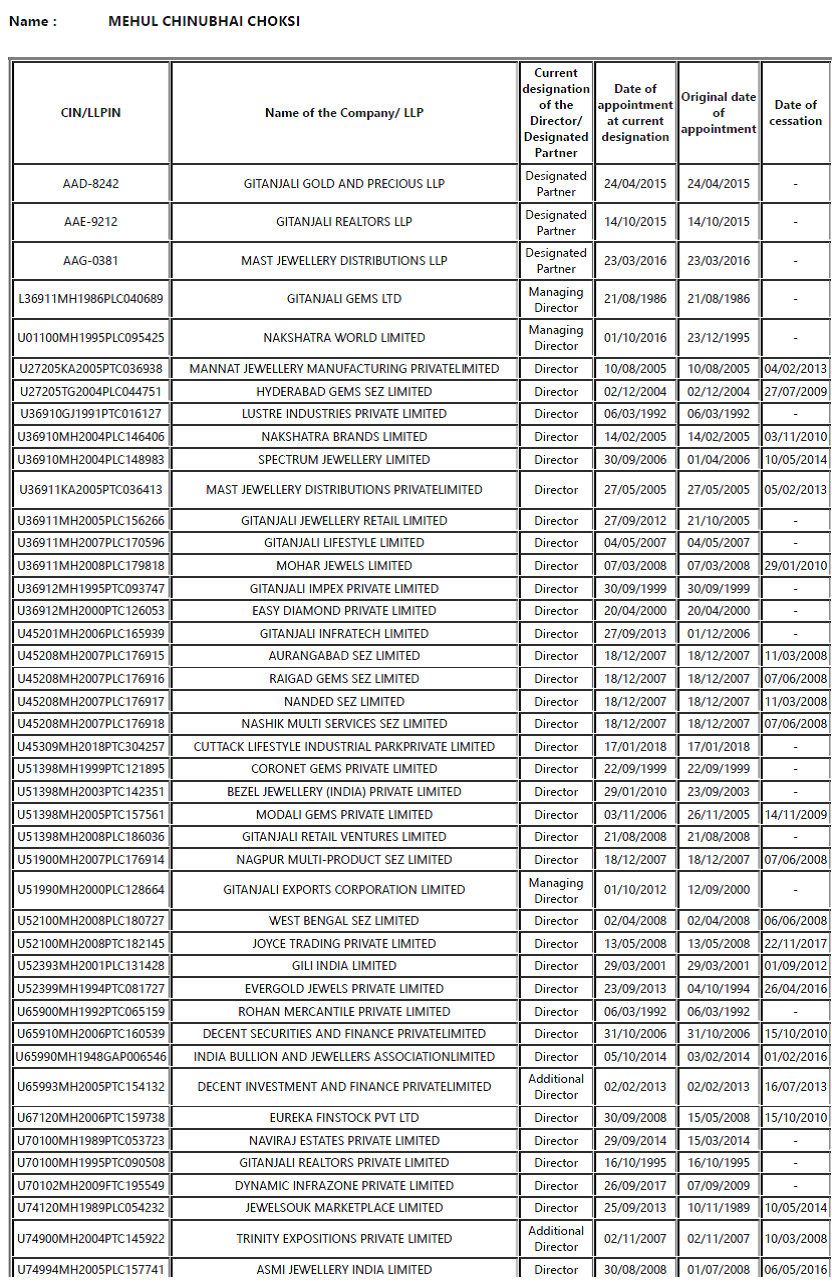 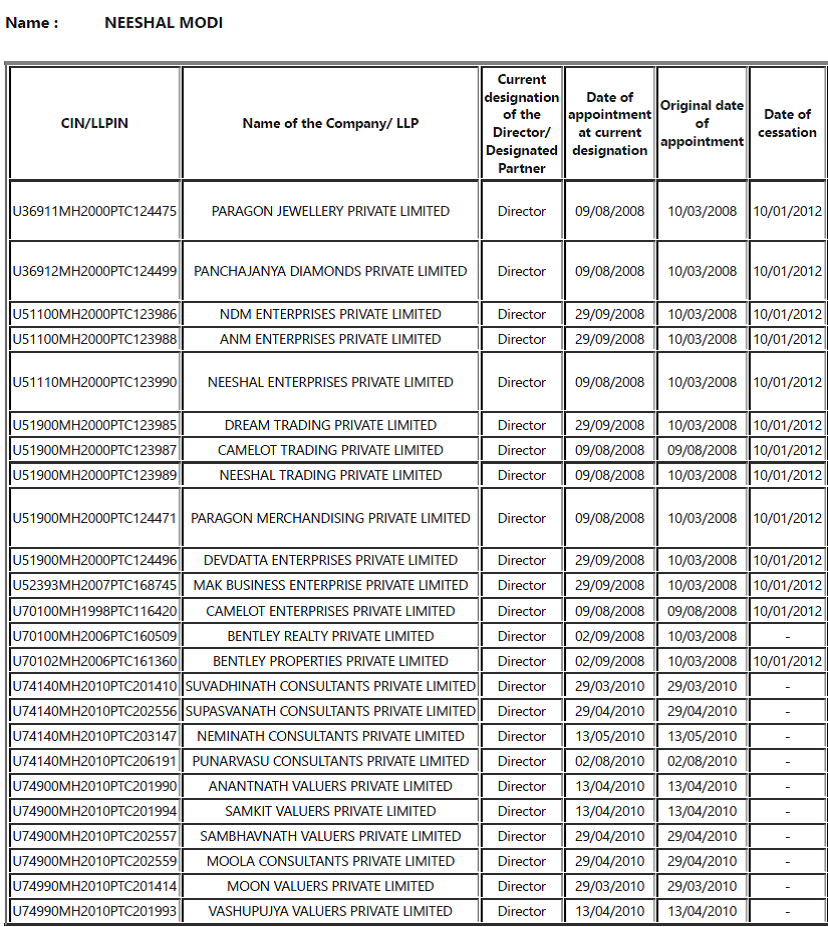 Over Rs 11,400 crore was siphoned off through Punjab National Bank (PNB) issuing  LoUs to Modi. According to PNB’s MD and CEO Sunil Mehta, The fraud started in 2010 and was detected on 25 January 2018. Bank officials and Modi’s accomplices were involved in this case.

The CBI and the ED have registered two FIRs each to probe the case. Both Modi and Choksi have left the country before criminal cases were lodged against them.moneycontrol

Suspension of Trading in Debentures of SREI Equipment Finance Limited

Suspension of Trading in Debentures of Reliance Financial Limited