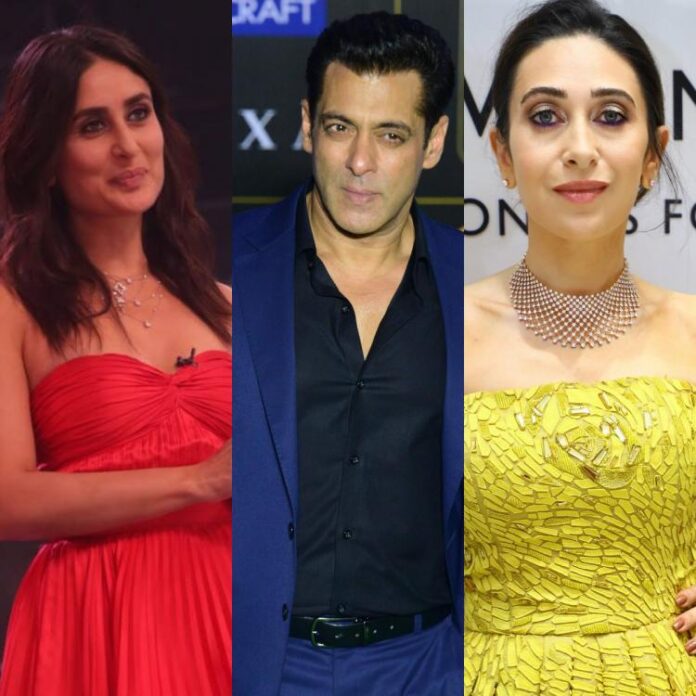 As Salman Khan celebrates his 55th birthday today, Bollywood stars have bombarded social media with greetings for the actor. While some celebs have co-starred with him, others are self-confessed fans of the actor. Salman Khan’s co-stars Kareena Kapoor, Karisma Kapoor, Madhuri Dixit and many others have posted throwback pictures of the birthday boy on their respective social media profiles. Kareena Kapoor, who has worked with Salman Khan in super hit films such as Bodyguard, Kyon Ki, Main Aur Mrs Khanna, Bajrangi Bhaijaan and has also featured in the song Fevikol Se from Salman’s film Dabangg 2, shared a greyscale throwback picture of the actor from his early days in the film industry and she wrote: “Happy Birthday Bajrangi Bhaijaan. Forever Superstar.”