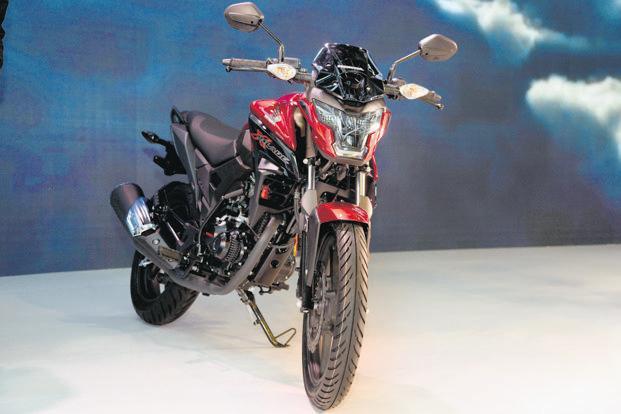 New Delhi: Honda Motorcycles & Scooters India Pvt. Ltd (HMSI), India’s fastest growing two-wheeler maker, on Thursday said that it will not introduce any new product over the next two years (April 2018 – March 2020) on account of investments that it has to make to upgrade to Bharat Stage VI (BS-VI) emission norms, and indicated that price hikes were a possibility.

The company will launch its new motorcycle X-blade in March this year.

“With the BS-VI norms coming soon, we have already started to work in that direction. So, you can expect the next new model only after BS-VI is launched. There will be slight improvements (upgrades in products) but the big change (in product lineup) will be after BS-VI,” said Minoru Kato, president and chief executive of Honda Motorcycles.

The BS-VI norms are equivalent to the Euro-VI norms, considered to be the most stringent in the world. India has decided to move from BS-IV now to BS-VI by 2020, leapfrogging the intermediate BS-V norms.

In Delhi, the requisite fuel will be made available from 1 April, the petroleum ministry said in November. The decision has forced automakers to go back to the drawing board and reschedule their product plans.

Upgrading to the higher emission norms requires significant investments in engines and research and development (R&D). Honda is the largest scooter maker in India and claims to be the largest selling two-wheeler brand in 15 out of 29 states in the country.

At the ongoing Auto Expo, the company exhibited just one new product— X-Blade—with a 160cc engine.

READ  Soon, you may be able to see your Royal Enfield getting built

Apart from that the subsidiary of the Honda Motor Co. showcased a new variant of its immensely popular scooter, Activa.

Kato said that the company plans to set up a fifth factory in the country but is yet to take a final decision because of the introduction of the BS-VI norms will increase the prices of two-wheelers which will lead to decline in sales.

“Not only Honda, other manufacturers will also have to comply with the norms, so production cost will increase. Hence, we need to increase price as well. So, the total motorcycle industry will decrease in sales in 2020,” Kato said.

The Japanese company has more than doubled its local market share since 2010 to 29% and now threatens to dethrone its former joint venture partner Hero MotoCorp Ltd from the top position.

Since Hero and Honda parted ways, Hero’s market share has declined to 37% from 45% in 2010. Honda takes credit for making a dent in Hero’s share of the market by revolutionizing the scooter segment, which in the beginning was an urban phenomenon but has now begun to make inroads into rural India—Hero’s stronghold.

To be sure, Honda is not the first company to warn about a delay in new product launches due to the new emission norms.

Royal Enfield, owned by Eicher Motors Ltd, decided against introducing new products in the domestic market before the new emission norms kick in. After the announcement of its second quarter earnings, Siddharha Lal, managing director and chief executive of Eicher Motors, said that the company will not launch any new models over the next two years and the next new offering will be just before BS VI norms kick in.

READ  Electric Two-Wheelers Sales In India Sees Decline Of 5.46 Per Cent In 2020

In the four-wheeler segment as well, the pipeline for new models has dried up as most manufacturers have already invested heavily in upgrading their existing models. There were 10 launches in 2013, which fell to nine in 2014 and rose to 12 in 2015, before plunging to five each in 2016 and 2017, according to Morgan Stanley Research.

According to Pratap Bose, head of design at Tata Motors Ltd, the challenge is not about moving to the new norms but more about bringing stability to policy.

“Adhering to BS-VI is never a challenge but the timelines should not shift and move. The challenge is to plan to a particular date. I don’t think doing the job itself is an issue,” Bose said in an interview.livemint