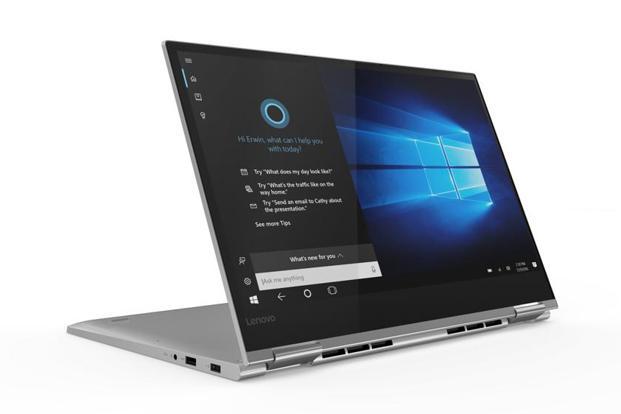 Lenovo Yoga 730 will be available with 13-inch and 15-inch IPS screens.

Lenovo has unveiled the Yoga 730, a Windows 10 convertible computing device. This now packs in Amazon’s Alexa and Microsoft’s Cortana virtual assistants. The Yoga 730 will be available with 13-inch and 15-inch IPS screens. Lenovo will be offering the newest eighth-generation Intel Core processors with the option of discreet Nvidia GTX 1050 graphics, and up to 1 TB storage. And it is compatible with Lenovo’s Active Pen 2 stylus as well. Prices start from $879.99 (around Rs56,750), and the convertibles will start rolling out from April. The colour options available are copper, grey and silver. 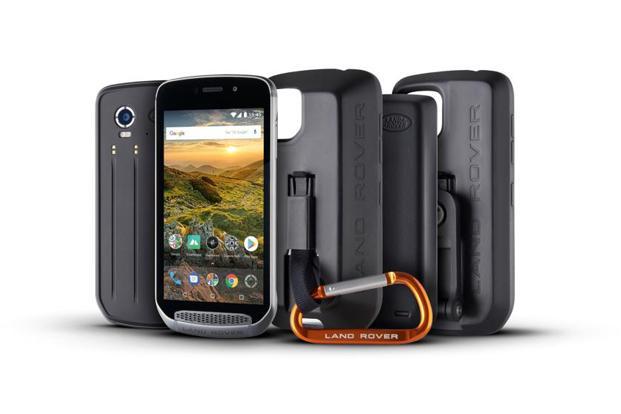 Land Rover Explorer can survive falls from as high as 1.8m and has IP68 water-resistance rating, which means it can survive submergence in salt water.

This is the world’s most rugged smartphone at the moment—perhaps as tough as the Land Rover SUVs. The Explorer can survive falls from as high as 1.8m and has IP68 water-resistance rating, which means it can survive submergence in salt water. It doesn’t exactly have the most powerful innards though, with the MediaTek Helio X7 processor and 4 GB RAM. There is, in addition, 64 GB internal storage, a 5-inch Full HD display and a 16-megapixel main camera. The Outdoor Dashboard app installed on the phone offers instant access to weather and sensor data. The phone can be bought with the Adventure Pack, which adds a 3,600 mAh battery too. Prices start at $800 and the phone will roll out in April. 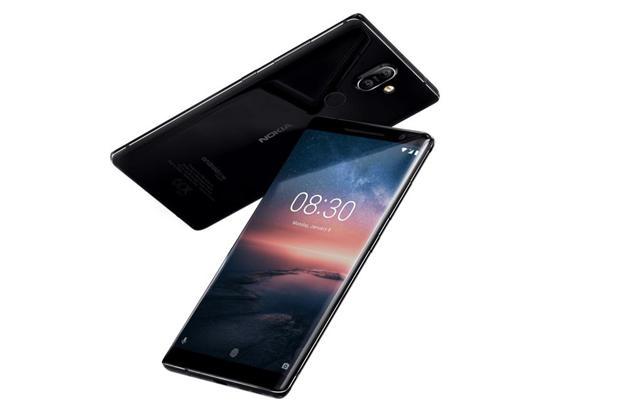 The Nokia 8 Sirocco will run Android Oreo—the Android One version.

The Nokia 8 Sirocco has learnt from its predecessor, the Nokia 8, and slimmed the bezels to look more in line with the newest Android flagship phones. The glass of the 5.5-inch OLED display curves gently around the sides to merge with the metal frame. It runs a Qualcomm Snapdragon 835 processor with 6 GB RAM and has 128 GB storage. There is wireless charging too, dual cameras (12-megapixel plus a 13-megapixel telephoto) with ZEISS lenses and a large 3,260 mAh battery. The Nokia 8 Sirocco will run Android Oreo—the Android One version. Priced at €749 (around Rs60,000), this phone will be available from April. 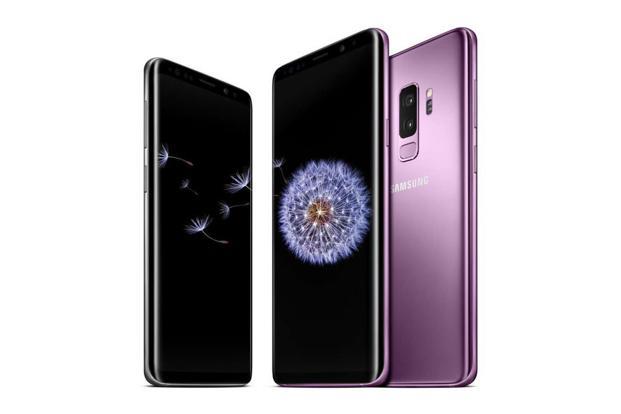 The display and design of the new Samsung Galaxy S9 and S9+ remain largely the same as the Galaxy S8 and S8+.

The display and design of the new Galaxy S9 and S9+ remain largely the same as the Galaxy S8 and S8+. The big changes are with the camera. The S9 features an adjustable aperture which can automatically switch between f/1.5 for low-light photographs or slow-motion videos and f/2.4 for better-lit photographs. The 12-megapixel camera sensor has a new and faster dual pixel autofocus technology called Super Speed Dual Pixel and reduces noise as well as distortion. The variants sold in India will run the Exynos 9810 chip. The prices for India haven’t been announced yet, but Samsung is now accepting pre-bookings for Rs2,000 on its online store (www.shop.samsung.com/in). 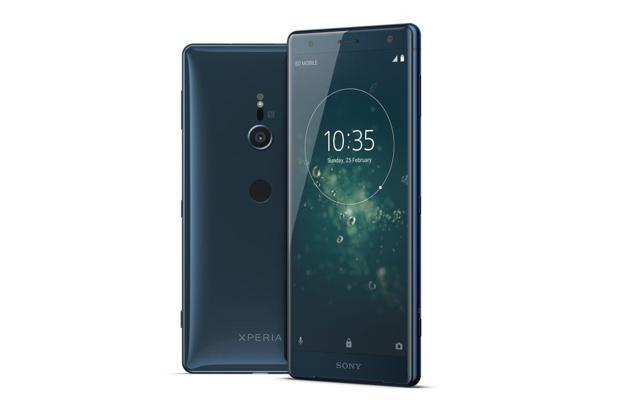 Sony needs to get back into the Android smartphone game, and fast. There are signs that it’s trying to do that with the Xperia XZ2, which rolls out with a completely new design philosophy—much needed after years of relative sameness. It has a 5.7-inch 18:9 aspect ratio screen. Sony calls the new design language Ambient Flow—there are more curves and a greater symmetry to the look as a whole. Under the hood is the newest Qualcomm Snapdragon 845 chip with 4 GB RAM and a 3,180 mAh battery. It doesn’t have a dual camera like many of its rivals; instead, it has a 19-megapixel camera and becomes the first phone to support 4K HDR video recording. Pricing details are awaited. 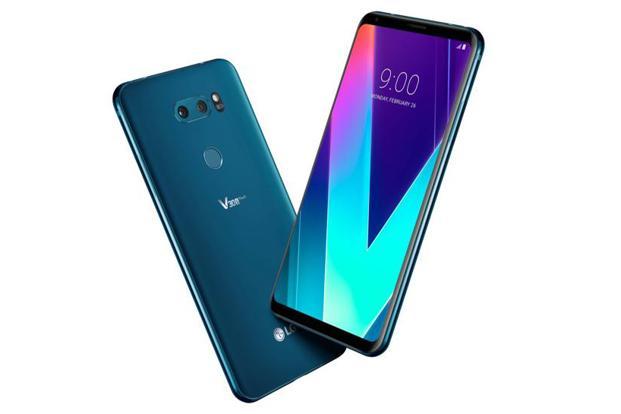 It is essentially the V30 infused with Artificial Intelligence (AI). The camera in the V30S will use AI to identify scenes or objects, and the AI CAM feature will take control of contrast, saturation and sharpness, modifying suitably for the scenario. At present, there are eight scenes that the camera will categorize most photographs into—portrait, sunrise, sunset, food, landscape, animals, city and flowers. In addition, the QLens feature will rely on AI to search for particular products on the web. The V30S also runs the Qualcomm Snapdragon 835 processor, has an 18:9 aspect ratio display, and a 3,300 mAh battery. However, the V30S has 6 GB RAM instead of 4 GB RAM, with 128 GB and 256 GB storage options. India pricing and availability details are awaited. 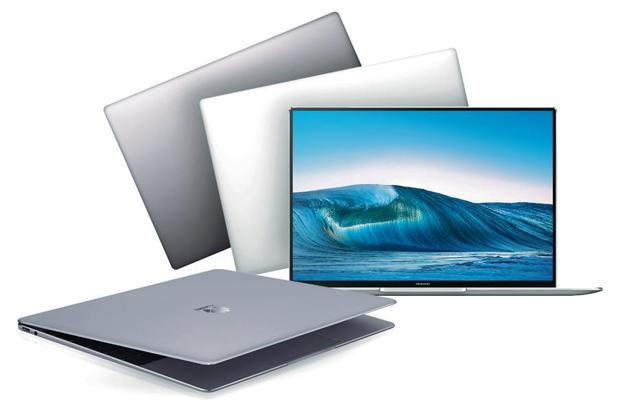 Huawei launched the first MateBook X laptop last year, to compete with the Apple MacBooks. This year, it’s the MateBook X Pro which will run eighth-generation Intel Core processors with discreet Nvidia MX150 graphics. The 14-inch display is larger than the predecessor’s 13-inch screen, and has 3,000×2,000 resolution. The MateBook X Pro has Dolby Atmos 2.0 audio capabilities built in. Interestingly enough, Huawei has moved the webcam from above the screen and integrated it in the keyboard—push down the camera key on the keyboard and it will pop open with the spring mechanism to reveal the camera. Prices start at €1,499 (about Rs119,000).livemint

Working from Home: Upgrade Wi-Fi to get Faster and Secure Internet