The latest version of Microsoft’s small-screen 2-in-1 notebook line-up is available in India from 22 February. It will be called the New Surface Pro and one can buy it online at Amazon.in and Flipkart.com or from offline stores such as Croma, Reliance Digital and Vijay Sales.

Microsoft has made subtle changes in the design and on the inside to make it more user-friendly. The kickstand opens up to 165 degrees allowing users to tilt it back a bit more, and has used a fanless design in the m3 and Core i5 variants, so they will make less noise. 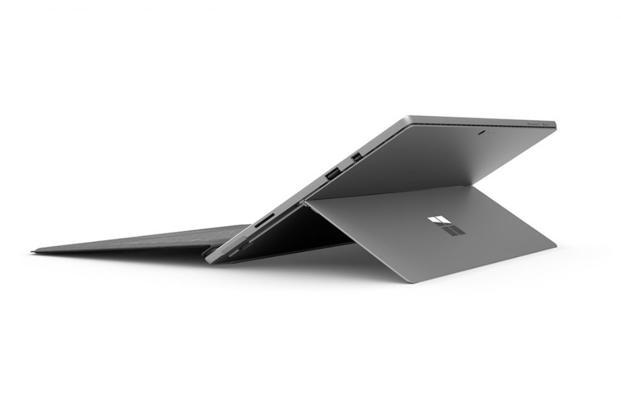 The New Surface Pro is a productivity-oriented device for professionals looking for a compact and small-screen notebook that can be used as a tablet when required. It faces competition from the Apple iPad Pro, which offers s slightly bigger 12.9-inch (2732×2048 ) Retina display and supports Smart keyboard and Apple Pencil.

However, it runs iOS 11, which is a mobile OS. The New Surface Pro runs a full-fledged Windows 10 OS which supports desktop apps.

The WiFi variant of Apple iPad Pro starts at Rs63,500, while the cellular variant begins at Rs74,100. It is slightly bigger at 305 mmx220mm, but weighs (677g) much less. Apple also sells the keyboard and stylus separately, which will set back users by another Rs20,000.

The Surface Pro Type cover also offers a touchpad and space for palm rest, unlike the Smart keyboard in iPad Pro which only includes the keyboard.

Microsoft is also planning to bring the Surface Book 2 line-up in India. It has a similar 2-in-1 design, but runs on more powerful Intel’s 8th gen chispets, has a slightly bigger 13.5-inch screen and offers discreet graphics from Nvidia’s GeForce 10 series. It is expected in March 2018.livemint

Working from Home: Upgrade Wi-Fi to get Faster and Secure Internet