In  the aftermath of the news of the death of 39 Indians in Mosul, External Affairs Minister Sushma Swaraj  has retweeted a Congress poll where the results showed public opinion in her favour.

The Congress had on Monday run a poll on Twitter asking “Do you think the death of 39 Indians in Iraq is Sushma Swaraj’s biggest failure as Foreign Minister?”.

In the poll, 76 per cent of the participants replied “No”, indicating that public opinion of her has not been dented by the govt’s handling of the deaths in Iraq.

Last week, Swaraj confirmed the death of 39 Indians kidnapped and shot dead by Islamic State (IS). The Indians were kidnapped in 2014. 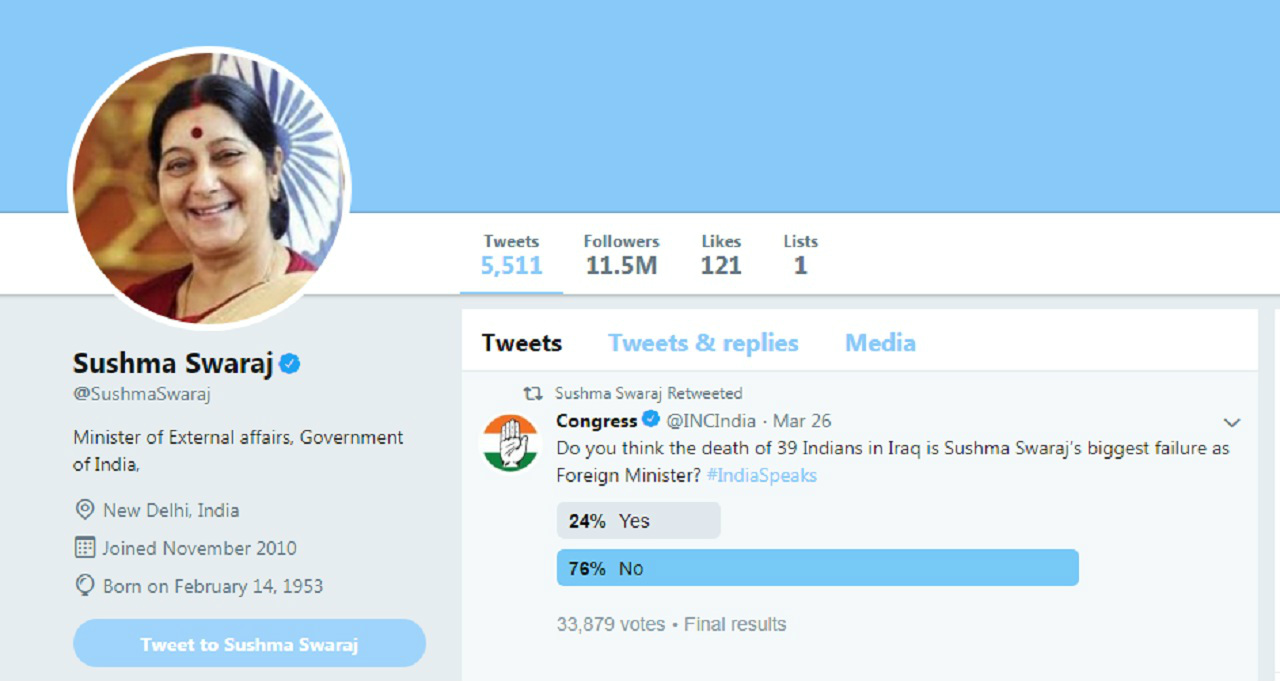 The Congress also shared a video yesterday highlighting why they think Swaraj should step down from her post.

After Swaraj’s announcement, the Congress accused the government of misleading Parliament for four years.

Swaraj has denied giving false hopes and falsehood, saying it is impossible to confirm deaths without conclusive proof.

She also accused the Congress of playing “cheap politics”.moneycontrol

Amount given to farmers and labourers will boost economy

Period of ban extended on visiting hours in Jails