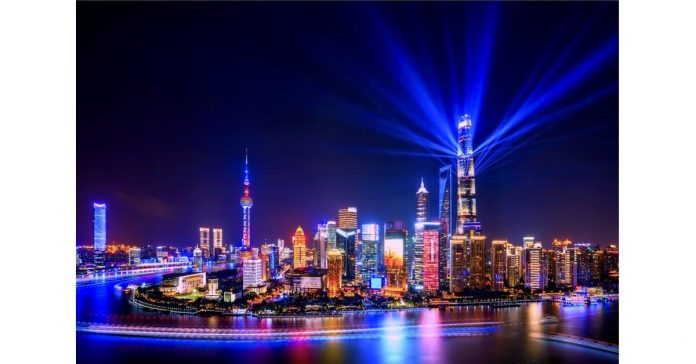 Dixintong Technology Group, China’s largest mobile phone distributor, confirmed a ground-breaking partnership with U.S./Asia-based Monsoon Blockchain, a leading cloud-storage technology company. The mega-deal has created the leading-edge provider in intelligent cloud optimization and cloud data storage. It is now the forerunner of innovation in the 5G, telecommunications, photonics, AI, and IoT industries on the blockchain in China.

Monsoon Blockchain will bring forth its cutting-edge technology and industry-specific data and blockchain capabilities to further improve the extent of Dixintong’s business and technology assets. Dixintong, headquartered in Beijing, will enhance Monsoon Blockchain’s international ties, with offices across China.

As of September 2019, almost 1.6 billion mobile phone subscriptions had been registered in China. The number of mobile phone subscribers in China has been skyrocketing since 2011, hitting a new landmark of more than 1.25 billion users in April 2014.

According to Donghai Liu, Dixintong’s chairman and founder, the deal with Monsoon Blockchain will allow his firm to explore potential use cases that require both blockchain and other emerging technologies like 5G and the Internet of Things (IoT).

Chairman Liu stated, “There will be great potential for blockchain adoption given the support from the Chinese government and that is one of the biggest reasons why we want to form a partnership with Monsoon Blockchain.”

Monsoon Blockchain’s CEO and founder Dr. Donald Basile added, “When you have that level of endorsement from the government, everything moves much faster.”

“It is essential for blockchain technology to play a bigger role in building China’s strength in cyberspace, developing the digital economy and advancing the economic and social development.”

According to a report from the China Academy of Information and Communications Technology, the estimated domestic 5G market could be worth RMB 1.1 trillion by 2025. This will contribute 3.2% of China’s gross national product expansion. The addition of blockchain technology to manage and expand those systems has the potential to increase those market estimates.

According to the market research report published by P&S Intelligence, the global blockchain devices market share was valued at $0.3 billion in 2019 and is projected to reach $23.5 billion by 2030, exhibiting a CAGR of 48.7% during the forecast period (2020-2030).

Chinese banks have been rapidly adopting blockchain technologies. China Construction Bank, one of the largest Chinese commercial banks, has increased its trade finance blockchain platform with new capabilities, including cross-chain and inter-bank transactions, as trading volume surpassed $53 billion. The deputy governor of the People’s Bank of China announced that one of its blockchain initiatives has processed volumes of more than RMB 70 billion ($9.8 billion).

READ  Rupee Settles Higher To 73.24 Against Dollar Amid Market Gains

The value of business-to-business and cross-border payments carried out on blockchain systems is estimated to exceed $4.4 trillion by 2024, after reaching $171 billion this year. Top Chinese tech giants such as Alibaba and Baidu have also launched their own projects to integrate blockchain with cloud services.

Monsoon Blockchain technology has been adopted by major Fortune 500 IT enterprise companies, such as IBM and Oracle. The partnership with Dixintong will build out a consumer-oriented framework, bringing users into its blockchain protocol. Dr. Basile said the deal will give Monsoon access to billions of users in China to reach a larger scale, which would be otherwise impossible in the U.S.

Dr. Donald Basile is a pioneer in data storage as the former Chairman and CEO of Fusion IO, which is known for playing a significant role in implementing the cloud systems at Apple and Facebook. Monsoon recently added board member Ken Goldman, President of Hillspire (former Google CEO Eric Schmidt’s Family Office) and former CFO of Yahoo and Fortinet.

For more information about the company, its capabilities and this partnership, visit ​MonsoonBlockchain.org.

Rupee Slips Marginally To 72.87 Against Dollar After Flat Opening

Rupee Settles Flat To 72.84 Against Dollar Amid Muted Domestic Equities