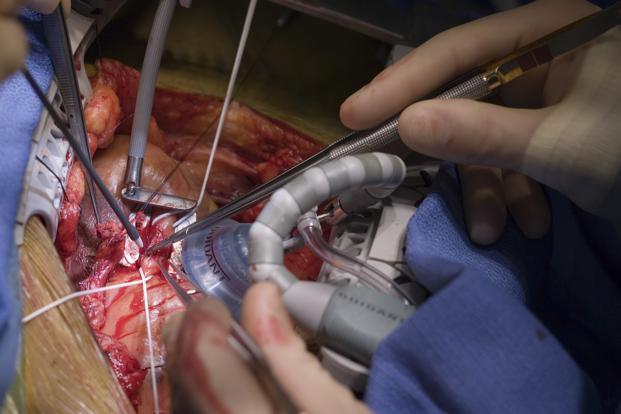 New Delhi: India is set to cap trade margins on medical devices, abandoning the current price control mechanism, as it seeks to curb profiteering as well as allay concerns of device makers, particularly importers of stents and knee implants, who have complained that price caps hurt innovation, two people aware of the matter said.

According to NITI Aayog’s formula, the maximum retail price (MRP) of a device will be decided by adding the trade margin to the price at the first point of sale (stockist). The trade margin is the difference between the price at which the manufacturers/importers sell to stockists and the price charged to consumers.

Mint first reported on 13 August that the government was contemplating three separate formulae to calculate MRP. Subsequently, it was decided in a government meeting earlier this month that trade margins should start from the first point of sale.

“Many expenditures are incurred by the importing companies, including clinical education on deployment, and therefore trade margins should start from the first point of sale, that is the stockist,” according to NITI Aayog’s consultation paper. Mint has reviewed a copy of the document.

Currently, 23 medical devices have been notified as drugs and are regulated under the Drugs and Cosmetics Act. Of these, only four—cardiac stents, drug-eluting stents, condoms and intra-uterine devices—are included in the National List of Essential Medicines and are, therefore, subject to notified price caps. Last year, knee implants were brought under price controlunder para 19 of the Drugs (Price Control) Order, 2013. The remaining medical devices are not under any form of price regulation.

Once the new mechanism of calculation trade margins is approved, it will be applicable on devices such as cardiac stents and knee implants, prices of which were slashed by as much as 85% using powers under the Drugs Price Control Order, 2013.

Malini Aisola, co-convenor, All India Drugs Action Network, termed the move as regressive. “The government’s plan to remove coronary stents and knee implants from the purview of DPCO is a regressive move that is unacceptable to consumers,” she said.

Rajiv Nath, forum coordinator of Association of Indian Medical Device Manufacturers, said that the move will be a setback for Indian manufacturers. “The main aim of rationalization of trade margins in medical devices should be to help consumers, allow rationalized profits for traders and retailers, create level-playing field for domestic industry vis-à-vis foreign manufacturers.”