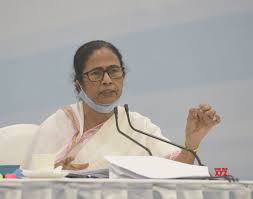 Suvendu Akhikari, the powerful rebel leader of Bengal’s Trinamool Congress, quit the party today ending weeks of speculation on the issue. There is a buzz that he would join the BJP over the weekend when Union Home Minister Amit Shah visits the state. An induction of the leader — who is said to have control over the local leaders in more than 50 seats in the western part of the state — will be the highlight of the visit of Mr Shah, who has set his heart on forming the next government in the state next year.

Mr Adhikari had quit Chief Minister Mamata Banerjee’s cabinet last month after much bitterness over the induction and rapid rise of her nephew Abhishek Banerjee.

Without naming the young MP from Diamond Harbour, Mr Adhikari had spoken of leaders “arriving by parachute or lift” into the party, drawing retaliation from his target.

The disgruntled leader had left multiple signs along the way. Weeks before stepping down from the ministry, he skipped party and cabinet meetings and held numerous rallies where no flag or poster of Trinamool Congress was on display. Yesterday, he resigned his seat in the assembly.

Attempts to placate him had failed. After he quit the ministry, the party had rushed senior leader Sougata Roy to reason with him. Mr Roy had even managed to get Mr Adhikari to meet Abhishek Banerjee and poll strategist Prashant Kishor and termed the meeting a success. But the next day, Mr Adhikari texted Mr Roy to say “Excuse me, I cannot work like this anymore”.