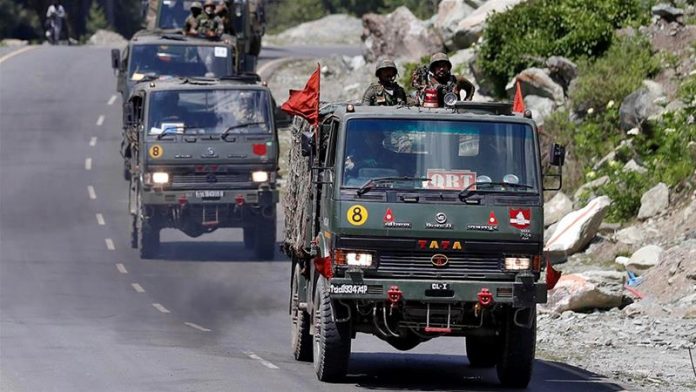 India and China have agreed to resolve all outstanding problems in an “expeditious manner” and in accordance with the existing protocols, New Delhi said on Thursday after border talks between the two Asian giants.

“The two sides will continue to sincerely work towards complete disengagement of the troops along the Line of Actual Control (LAC) in the Western Sector,” India's foreign ministry said in a statement.

The two countries have deployed thousands of troops across their 3,500km (2,200-mile) disputed frontier since late April after Chinese troops entered into territories that New Delhi claims its own. China denies it has transgressed the LAC – the de facto border between the two countries.

Tensions have flared since June 15, when at least 20 Indian soldiers were killed in Galwan Valley located in Indian-administered Ladakh (in the Western sector) in the deadliest violence in more than 40 years.

In the meeting of the India-China Working Mechanism for Consultation and Coordination (WMCC) the officials agreed on the “restoration of peace and tranquillity” in the border areas.

READ  "You Didn't Count So No One Died?" Rahul Gandhi Taunts PM Over Migrants