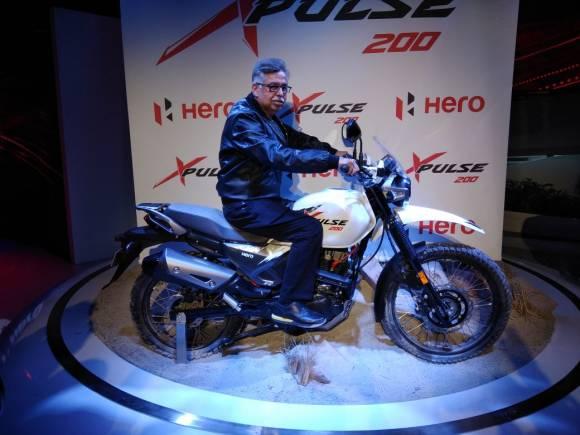 Hero MotoCorp, the country’s largest two-wheeler maker, is expected to post a 10 percent increase in its net profit for the quarter ended June on the back of a sustained rise in demand for budget bikes.

According a poll of 21 analysts done by Reuters, the company’s net profit is seen rising to Rs 1,001 crore for the quarter under review, up from the Rs 914 crore reported for the corresponding quarter last year.

The Delhi-based maker of motorcycles and scooters will announce its June quarter results on Wednesday, July 25.

The company, which makes bikes under the brands Splendor, HF Dawn, Karizma, and scooters under the brands Maestro, Pleasure and Duet, saw its volumes grow 14 percent to over 2.1 million units during the quarter.

The company’s is seen reporting a total revenue of Rs 9,067 crore for the reporting quarter, around 5 percent higher than its revenue in April-June last year.

Hero MotoCorp is the biggest beneficiary of the rebound in demand for motorcycles seen over the last few quarters, which in turn is because of rising rural income.

Half of the company’s volumes come from budget-category bikes such as Splendor, HF Dawn and Passion.

“We believe Hero is well-positioned to be the key beneficiary of rural demand recovery, riding its strong brand equity in entry/ commuter segments and high rural exposure. With good monsoon and expected government support to rural economy, we foresee the company to report 11 percent/10.4 percent/12.2 percent CAGR in sales/EBITDA/PAT over FY18-20,” Centrum said in a report.

The two-wheeler maker ended the June quarter with a share of 51 percent in the domestic motorcycle segment, having sold 1.87 million units, 17 percent more than in the corresponding quarter in 2017.

The company’s growth was slower than that of the industry, which on average saw its volumes grow 19 percent to 3.6 million units during the quarter.

Hero MotoCorp’s loss in market share in the motorcycle segment is a result of lower volumes from the entry-level bike segment, in which it sells the HF Dawn model.

Rival Bajaj Auto cut prices of its CT100 model by Rs 2,000 in March, making it the cheapest motorcycle in India. As a result, demand for the CT100 shot up 76 percent during the quarter.

Scooter sales continued to remain a problem for the company during the reporting quarter. It recorded a fall of 10 percent year on year to 189,225 units in the domestic scooter segment.

In contrast, the domestic scooter industry grew 10 percent during the quarter under review.

“According to HMCL, the rural segment growth of the two wheeler industry is higher than the average growth rate by 200-300 bps. HMCL has strong network in the rural parts of country as compared to its competitors. Also, the penetration of motorcycle is higher in the rural segment as compared to the changing trends of scooter in the urban area. Hence, HMCL is expected to grow at a higher rate than industry, benefiting from its rural network and leadership in motorcycle segment,” Dolat Analysis and Research Themes said in a report.