As many as six Samsung smartphones and only three Apple iPhone models figured in the list of top 15 least radiation emitting phones, the survey has revealed.

However, the first place was bagged by Sony Xperia M5, with just 0.14 watts per kilogram, emitting the least levels of radiations.

Motorola’s Moto G5 plus and Moto Z also figure on the list, emitting radiation of 0.30 watts per kg each.

Two smartphones, BLADE A910 and BLADE A610, manufactured by Chinese technology giant ZTE, have also been ranked in the top 15 by the survey. 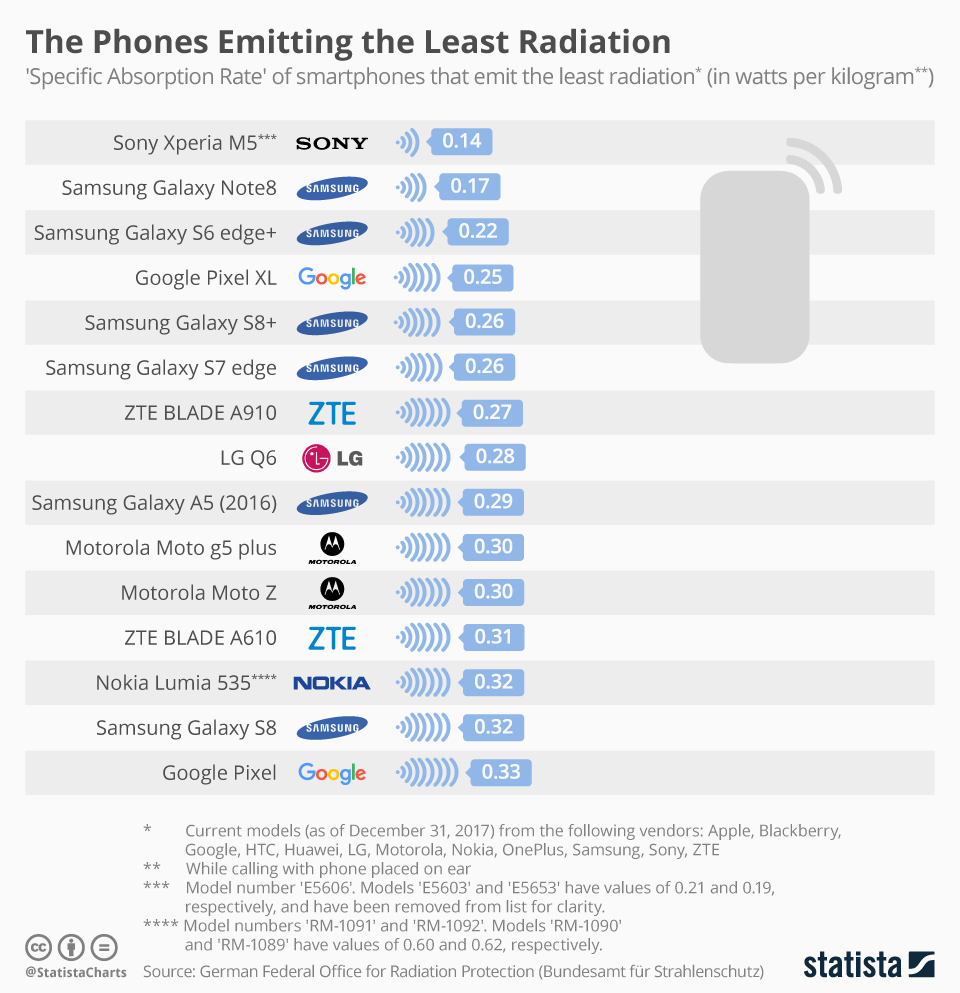 The German Federal Office for Radiation Protection has also put out a list of the most radiation emitting smartphones.

At 1.68 watts per kg, OnePlus 5T emits the maximum radiation among all surveyed smartphones along with OnePlus 5 which emits around 1.39 watts per kg.

The survey has also revealed that as many as three Apple iPhone models made their way into the list of phones that emit the most radiation. The three iPhones are iPhone 7, iPhone 8 and iPhone 7 Plus emitting 1.38, 1.32 and 1.24 watts per kg, respectively.

Six smartphones manufactured by Chinese electronic giant Huawei also figured on this list including models such as Mate 9, P9 Plus, GX8, P9, Nova Plus and the P9 lite.

None of the Samsung smarthpones figured in the list of top 15 most radiating smartphones. 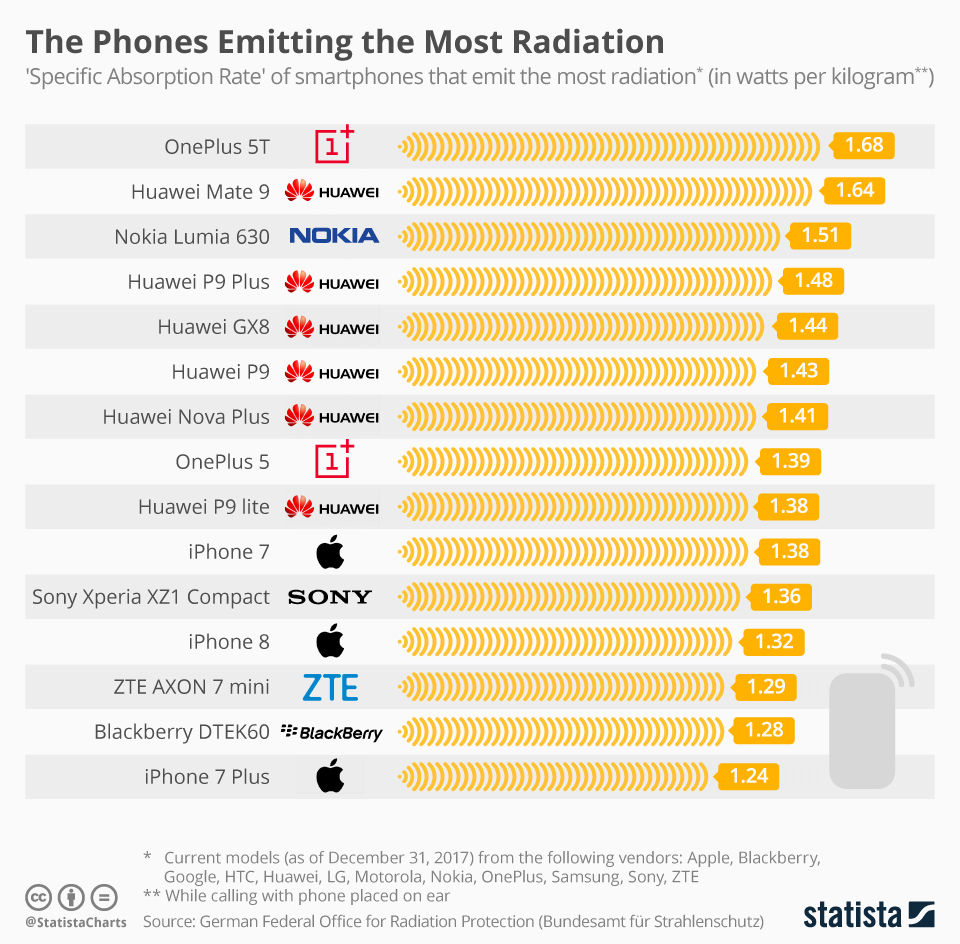 As there are no universal guidelines for ‘safe’ levels of phone radiation, smartphones with an absorption rate of less than 0.60 watts per kg are certified by German certification for environmental friendliness, called ‘Der Blaue Engel’ (Blue Angel), according to a report by Statista.