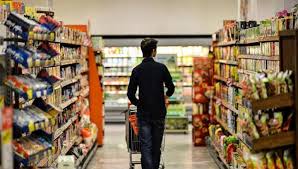 Retail inflation in the country probably fell in November from October but remained above the Reserve Bank of India’s target, amid high food and petrol prices, a poll of economists by news agency Reuters showed. Retail inflation has stayed above the central bank’s comfort zone of 2-6 per cent for seven consecutive months, a streak not seen since August 2014.

The December 4-9 poll of 48 economists forecast a drop in inflation in November to 7.10 per cent from 7.61 per cent in October, which was the highest since May 2014.

If realised, November’s rate would be above 7.0 per cent for the third consecutive month.

“Inflation for November is likely to be lower than October as there was some moderation in prices of vegetables in particular as well as pulses,” said Madan Sabnavis, chief economist at CARE Ratings. “On the upside, petrol prices had increased which worked in the other direction.”

At its December 2-4 meeting, the RBI kept its key repo rate at 4.0 per cent and the Monetary Policy Committee retained its accommodative stance while ensuring ample liquidity, playing a delicate balancing act of curbing high inflation and bolstering a nascent economic recovery.

Diet is a negative word. It is consistency that one needs: Luke Coutinho