This is a brilliant political, economic statement of intent. Rural India will receive 5.15 million homes, 20 million toilets, 300,000 km of roads and fully-exempt FPOs (Farmer Producer Organisations). Digitisation will fully embrace the entire rural marketing chain, i.e. from farm to fork, by connecting all APMCs to the internet; 1.5 times of input costs will flow back as MSP to the farmers creating massive purchasing power in rural areas. Consumption, which underpins India’s phenomenal GDP growth, will take flight. All this, plus a ModiCare (MC), which will touch a 100 million families at the bottom of the pyramid, will help create the biggest transformation in “Terms of Trade” between urban and rural India.

For the first time in the history of Budget-making in India, a single Budget will touch 650 million Indians, virtually the entire voting population. As political astuteness goes, there cannot be a more game-changing Budget. In terms of global statesmanship, MC will certainly be larger than Obamacare (OC).

The other major forces that have been unleashed include building on the formalisation of the economy reflected by the increase in the large number of taxpayer population, 3.4 million in indirect taxes and a few million in direct taxes. No wonder the direct tax growth is more than double the nominal GDP growth.

Institutionalisation will happen through the government directly owning National Housing Bank (NHB), and the establishment of specific funds for fisheries & aquaculture, animal husbandry, horticulture and other rural interventions. A revolutionary operation, aptly titled “Operation Green”, with a corpus of Rs 5 billion, will make India a net exporter of vegetables in the near future. Over a 3- to 5-year horizon, this institutionalisation will be game-changing. Farm incomes will rise by 100 per cent and exports will grow by more than 15 per cent. 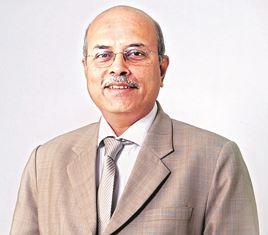 Electronification will visit education, particularly rural education. Analytics will focus attention on sources of tax evasion and without direct interaction between department and assessees, technology will continue to deliver smart multiples of GDP growth as tax growth. My firm belief is that India’s tax to GDP ratio will grow to 15 per cent in 2020.

View: Cash is risky after demonetisation, can't say what Modi will do next
Nirmala Sitharaman to visit China in April in bid to stabilize relations
Mamata Banerjee seeks review of state govt’s measures to boost entrepreneurship