Chinese smartphone maker Realme is now four smartphones old in India, with its latest launches of the Realme 2 Pro and Realme C1. With this quick succession of smartphone launches, Realme has sprayed a device in every category of the competitive budget smartphone market. You have the Realme 1 and 2, very similar phones with different processors and cameras, aimed at the sub-Rs 11,000 category, the Realme C1 which is aimed at giving the Redmi 6 a tough time, and finally the Realme 2 Pro, a single phone that competes with Xiaomi’s Redmi 6 Pro and Mi A2.

Priced between Rs 13,990 and Rs 17,990 for the lowest and highest variants respectively, Realme 2 comes with a faux glass back with flashy colours, typical of Realme, and specifications like a Snapdragon 660AIE processor and up to 8GB of RAM. All of which look very impressive on paper, but does it live up to the hype? Let’s find out.

When the Realme 2 Pro is taken straight out of the box, there’s very little indication of what the display holds for you, since the “dewdrop” notch is camouflaged with the black bezels of the phone. But once you boot it up, you can’t help but appreciate how far Realme stretches out the screen of this phone. I was very pleased when I saw the bootloading animation as well, since it was visibly clear that the phone doesn’t ship with the same low-res display as the Realme 2. The 6.3-inch LCD display with a resolution of 2340×1080 is more than adequate for media consumption for a phone this price. The dewdrop notch houses the selfie camera and the ambient light sensors and does wonders in giving this phone a screen-to-body ratio of 90.8%, one of the highest among phones at this price point. 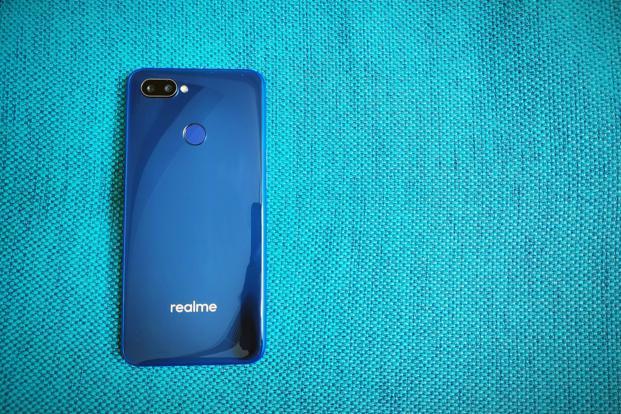 The Realme 2 Pro comes with a polycarbonate resin back, which appears like glass.

Turn the phone back and you are greeted with the polycarbonate resin back, which edges its way out of the middle frame sandwiched between the phone. It is a glass-like material, only way lighter and more resistant to fluctuations in temperatures, and it is cheaper to produce. So not only you have a premium looking design, but the one that costs less. The back is devoid of the diamond-cut design that has appeared on every Realme phone to date.

The frame is also made out of the same material, but has different finishes for different colours— the frames on Blue Ocean and Black Sea colours are matte painted and feel like metal while the one on the Ice Lake variant is electroplated and is more plasticky to touch.

The build quality seems decent. It doesn’t feel as premium and well finished as some other metal unibody devices in the same price range, but it gets a pass for being more visually appealing.

Under the hood, the Realme 2 Pro is powered by Qualcomm’s octa-core, AI-enabled Snapdragon 660AIE running at 2.2GHz. This is coupled with up to 8 gigabytes of RAM and 128GB internal memory. All of this runs on Android 8.1 Oreo with Oppo’s ColorOS 5.2 user interface optimised in several ways for Realme 2.

The performance of the entire bundle is a hit-and-miss affair, riddled with stutters here and there. Snapdragon 660 is known to be a good mid-range processor for the amount of power and efficiency it delivers, but that’s only when you have a light UI on top of it. Since it is striking a balance between the two, it means gaming is limited to medium graphics, especially 3D games, no matter which one you pick. For light use, the phone performs at par with others, if not worse. Browsing the web and social media apps is a breeze, but it struggles noticeably when it encounters a heavy app.

I played a three-hour-long session of PUBG on the device and instantly observed some frame-drops every now and then in the medium graphics setting. Frame-rates were much smoother at low graphics, but then the experience took a blow. It can be very unnerving during the final, high pressure stages of a match. Realme went into details of how the new gaming mode improves performance, I didn’t really see that happening. This is crucial, as the smartphone is aimed at young audiences.

Battery life is decent, and the 3,500mAh will easily last you an entire day before you start looking for your charger. Like many other phones in this segment, you’ll find a Micro USB port instead of the Type- C port.

Then comes the UI experience, which is not the best in the business. Starting with the launcher, it has absolutely no sense of organisation when you boot the device for the first time. There’s no logical arrangement of app icons and there’s no app drawer. There’s a search feature that can be accessed by swiping down on the home screen or by swiping left to the smart assistant.

Realme did include some thoughtful features by providing quick access to screenshots, screen recording, camera and apps by sliding a tiny tab that hovers on the top right corner of the screen.

The assistant is not a voice-based one—it is a compilation of quick functions (apps you use most often), weather, pedometer, online orders and favourite contacts—out of which I only found three useful.

I also would have appreciated a semi-transparent notification bar instead of the one that fills up the entire screen when pulled down, and a more polished version of gesture-based navigation—it’s very cumbersome, especially when you’re using the phone with two hands.

Bloatware is minimal, surprisingly. Pre-installed apps include Amazon, Clone Phone, Smart Scan and ORoaming, which lets you pick a data pack if you’re travelling abroad. There are also no advertisements embedded in the UI. 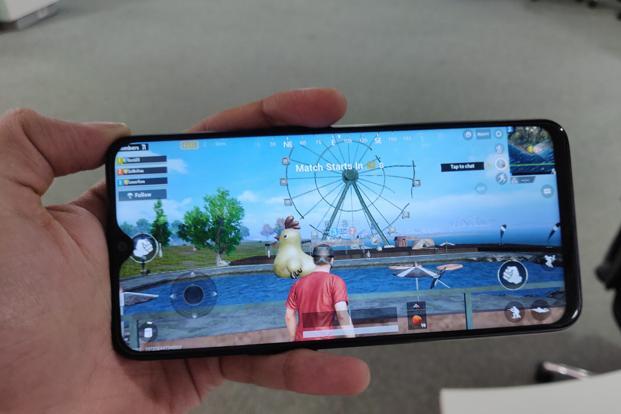 Due to poor app optimisation, the notch takes up a bit of screen real estate when it comes to gaming.

App optimisation is also not the best. While apps that are not natively optimised for the smartphone require you to approve full screen mode, games don’t. The dewdrop notch interrupts some important things in games like PUBG. For instance, nearly half of the left trigger button is pushed out of the notch.

The back of the phone features a 16MP+2MP dual camera setup with f/1.7 aperture. The secondary sensor is for detecting depth, which claims to provide better bokeh shots. At the front is another 16MP clicker with f/2.0 aperture. The front and rear cameras are also AI-enabled with features like “AI Beauty” and 5 portrait modes. 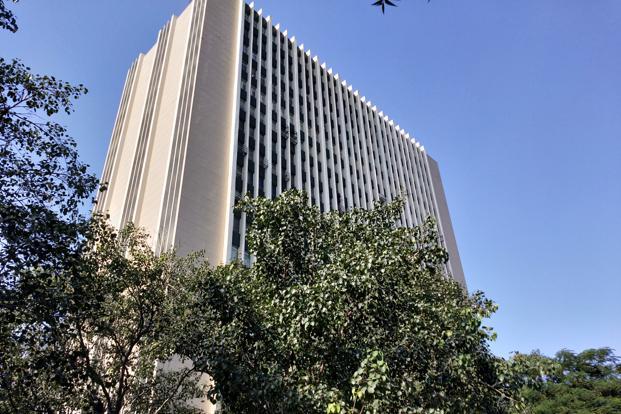 Realme 2 Pro camera sample. Note the sharpness and colour reproduction of the rear camera. (Photo is resized and maybe compressed for online use)

The auto-HDR mode is worth using, as it does a good job of bringing out the lost highlights in an image clicked under harsh lighting. Photos clicked in well-lit scenarios look great. The portrait mode works decently, but renders the camera app useless for a good second while analysing the image. 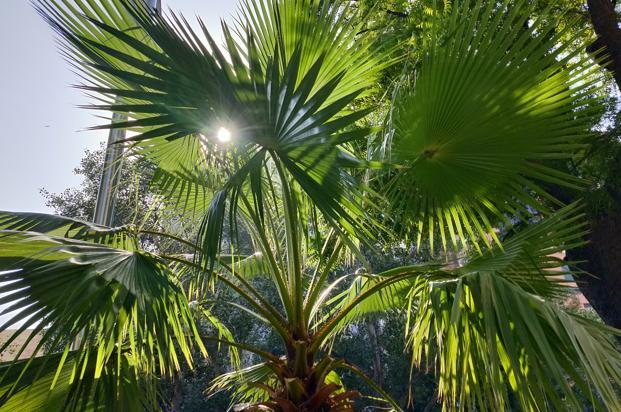 Realme 2 Pro camera sample. The HDR mode has recovered some of the lost highlights. (Photo is resized and maybe compressed for online use)

Colour reproduction is decent, and the camera is able to toggle between different white balance settings to provide near accurate colours.

The low-light performance is on a par with other devices at this price point. Photos are clicked with relatively high shutter speeds even in dimly lit settings and the image processing takes care of the noise. It is only in very dim light that the photos turn out to be soft. 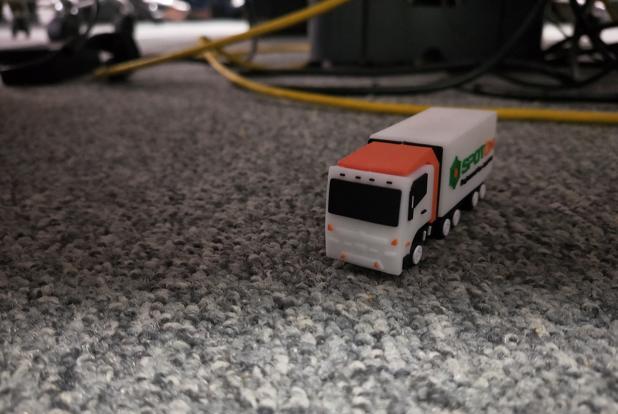 Selfies are good, but don’t expect Pixel 2 XL quality bokeh. It also has a tendency to blow out the background entirely if its too bright, but at the same time keeping you at optimal exposure. This results in some really interesting shots. The camera is definitely a strength of the Realme 2 Pro.

The Realme 2 Pro definitely earns the “Pro” moniker over the Realme 2, especially with a higher spec display, processor and camera. But the UI is a bit of a letdown. Yes, you can slap a custom launcher on it, but there are certain elements that you simply can’t skip, like the issues with app optimisation and general delays in opening apps. These can be fixed easily with software updates, so if you have the patience and faith in Realme for fixing these irks, go for it.