A gunman killed four people and wounded several others on Sunday when he opened fire at a video game tournament that was being streamed online from a restaurant in Jacksonville, Florida, police and local media said. Jacksonville Sheriff Mike Williams said one white male suspect was dead at the scene. He declined to comment on what led to the third major mass shooting to hit Florida in the last two years. 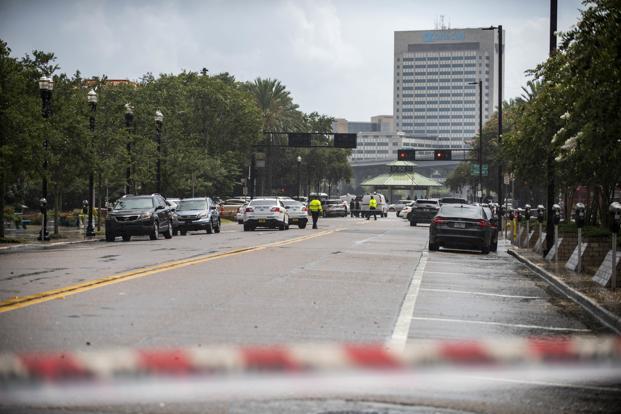 Dozens of ambulances and police cars flooded into The Jacksonville Landing, a waterfront dining, entertainment and shopping site in the city’s downtown, after several shots rang out on a sunny Sunday afternoon.

The mass shooting took place during a regional qualifier for the Madden 19 online game tournament at the GLHF Game Bar inside a Chicago Pizza restaurant, according to the venue’s website.

The bar was livestreaming the competition when the gunfire started, according to video of the stream shared on social media. In the video, players can be seen reacting to the shots and cries can be heard before the footage cuts off.

One Twitter user, Drini Gjoka, said he was taking part in the tournament and was shot in the thumb.

“Worst day of my life,” Gjoka wrote on Twitter. “I will never take anything for granted ever again. Life can be cut short in a second.”

The Los Angeles Times reported the shooter was a gamer who was competing in the tournament and lost. Citing messages from another player in the room, the LA Times said the gunman appeared to target several victims before killing himself. Reuters could not immediately confirm that account of events.

The Florida mass shooting occurs amid a debate about US gun laws that was given fresh impetus by the massacre in February of 17 people at a high school in Parkland, Florida. 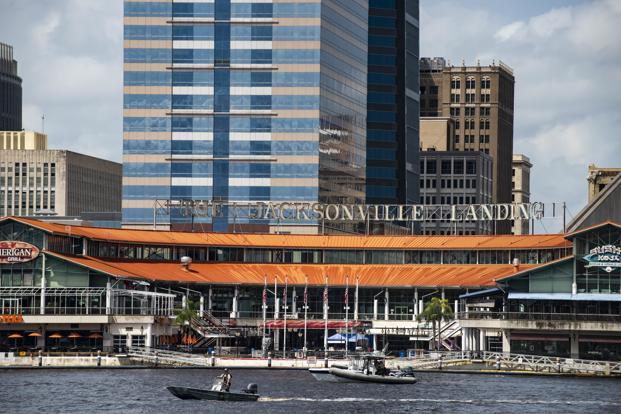 The coast guard patrols the St John’s river outside of the Jacksonville Landing in Jacksonville, Florida. Photo: AP

Two years ago a gunman killed 49 people at the Pulse nightclub in Orlando.

The sheriff’s office said many people were transported to hospital, and its deputies found many others hiding in locked areas at The Landing.

Six victims were taken to Jacksonville’s UF Health Hospital, five of them in stable condition and one in serious condition, hospital staff said.

A spokesman for Jacksonville’s Memorial Hospital said it was treating three victims, all of whom were in stable condition. Jacksonville, on Florida’s Atlantic Coast, is about 35 miles south of the Georgia state line.

Florida Governor Rick Scott, a Republican who is challenging longtime Democratic Senator Bill Nelson in November’s election, said he had offered to provide local authorities with any state resources they might need.

Marco Rubio, US senator from Florida, said both the FBI and the Bureau of Alcohol, Tobacco, Firearms and Explosives were coordinating with local authorities to provide assistance. 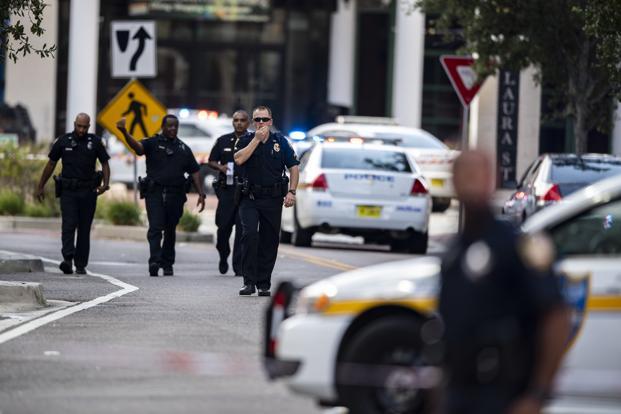 Police gather after an active shooter was reported at the Jacksonville Landing in Jacksonville, Florida, on Sunday. Photo: AP

US President Donald Trump has been briefed and is monitoring the situation in Jacksonville, the White House said.

Reacting to news of the shooting during the tournament involving its game, Madden 19 maker Electronic Arts Inc. said it was working with authorities to gather facts.

Madhya Pradesh will be a new identity in data center business