Chennai/New Delhi: The death of Dravida Munnetra Kazhagam (DMK) president M. Karunanidhi brings down the curtains on an era in Tamil Nadu politics dominated by the rivalry between J. Jayalalithaa and Karunanidhi. The deaths of the two charismatic leaders now leave a void that is for anyone’s taking, but despite the odds, the two Dravidian parties—the DMK and the All India Anna Dravida Munnetra Kazhagam (AIADMK)—are set to dominate the political arena, said analysts, adding that the emergence of new political parties without a Dravidian legacy or Tamil identity will add little to the mix. 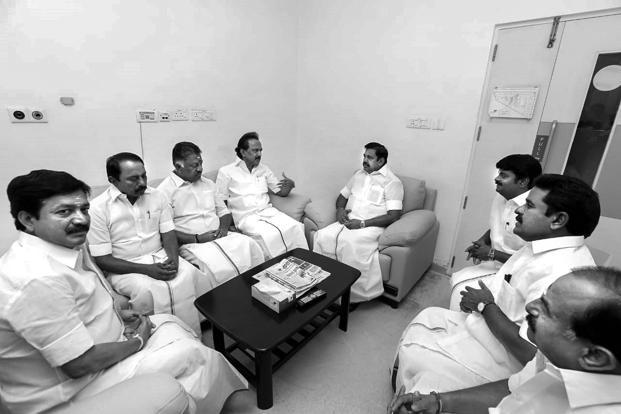 “This is clearly the start of a new era in Tamil Nadu. However, the AIADMK is much weaker than the DMK,” said Ramu Manivannan, a professor in the department of politics and public administration at the University of Madras, referring to the infighting following Jayalalithaa’s death. “In the case of the DMK, the transition has been smooth.”

Karunanidhi had chosen his son M.K. Stalin, over daughter Kanimozhi and his other son M.K. Alagiri, as his heir, and had appointed him as the working president of the DMK in January 2017.

A. Marx, a Chennai-based analyst and Tamil writer, agreed: “As the people of Tamil Nadu are already angry with the current state government, the political vacuum will be felt and that would favour the DMK.” Marx does not expect any significant change within the DMK. “But these two parties will remain the dominant players in Tamil Nadu for some time to come.”

Sandeep Shastri, pro-vice chancellor of Bengaluru-based Jain University, too, was on the same page, dismissing mega stars Rajinikanth and Kamal Haasan, who had recently announced their entry into politics. While Haasan, 63, launched his Makkal Needhi Maiam (MNM) party in February, after a successful five-decade long film career, Rajinikanth is yet to announce the name of his political party.

“Kamal Haasan is not seen to be saying the right things that strike a chord with the masses,” Shastri said, adding that this was despite his seemingly huge fan following in the state. “In the case of Rajinikanth, people don’t seem convinced that he is a 24×7 politician. They seem to be believe that Rajinikanth will not stick with politics.”

However, Manivannan believes that the vacuum created by Karunanidhi’s death may see the Bharatiya Janata Party (BJP) making serious inroads into the state, while the Congress is seen as a party with no credibility. According to him, the BJP has been very active since the death of Jayalalithaa. “This could go up. The Tamil Nadu governor (Banwarilal Purohit) is also seen as very active politically. The BJP will evolve into a very important political force. I will not say whether it will get seats in state or national polls, but it will emerge as a strong force.”