The crowds making a beeline at automobile dealerships across cities and towns in India resembled the festive days of a Dhanteras or Diwali sale.

Automobile dealerships have never seen an onrush of buyers before on the last day of the financial year, as the value conscious Indian buyer rushed to dealerships to strike bargain deals.

With discounts of 20-40% or Rs 10,000 to Rs 22,500 on BS III stocks, dealerships in cities like Mumbai, Delhi, Bangalore saw stock inventories depleting in no time. Some of the dealerships reported a stock-out of BS III scooters and motorcycle stocks. At a Hero MotoCorp dealership in Mumbai – Fortpoint, the dealer had to seek the help of cops to manage the crowd. Dealers of Hero MotoCorp operating in the capital The Economic Times spoke to said they ran out of stocks on by close of day on Thursday. 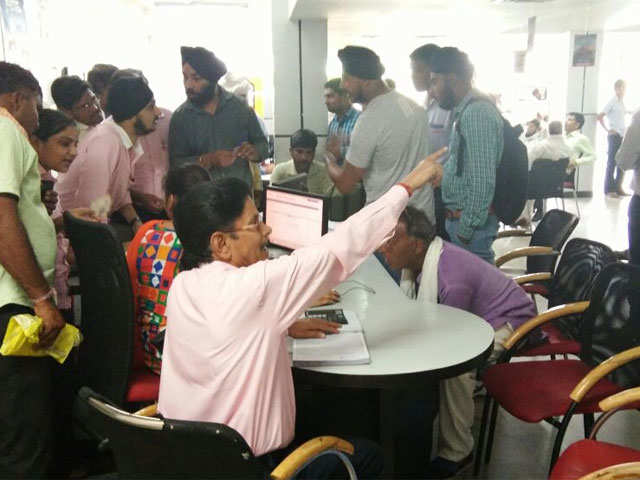 With discounts of 20-40% or Rs 10,000 to Rs 22,500 running on BS III stocks, already cities like Mumbai, Delhi, Bangalore amongst others are witnessing a stock out of BS III scooters and very quickly the motorcycle stock too is receding.

Rival Honda Motorcycle & Scooter India (HMSI), which had announced cash back of up to Rs 22,000 on its range of BS III compliant automatic scooters and motorcycles for the two-day period, also sold out nationally stock of best-selling scooter Activa on the initial day of sales. An industry source said, “Strong traction started across most urban markets soon after discounts were announced on Thursday. In some places, stocks were sold out by evening and dealers had to down shutters.” 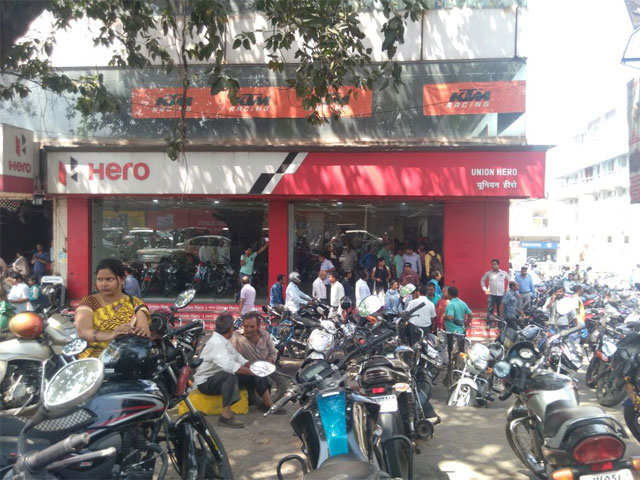 Nikunj Sanghi, a senior executive at dealer body FADA says “We expect a stock out situation for two-wheelers by the end of the day” – At the end of 20th March; two wheeler industry was sitting on a stock of 6.71 lakh units of BS III vehicles.

According to dealer sources, already major two wheeler dealership across the country are shutting shops, as there no buyers for BS-IV vehicles today.

The situation is rather tough for commercial vehicle makers – trucks, three wheelers and pick-ups where approximately 1 lakh units of stock to inventory. A lot of commercial vehicle dealers are already registering the vehicles in their own name or a sister company and eventually intends to sell the stock in the second-hand market with minor depreciation. A J&K based dealer of a leading commercial vehicle maker informed, “We have 20-odd units with us. We will register them over the next two days and later sell them with some depreciation.”

Other manufacturers are examining opportunities to export leftover BS III inventory to conforming markets abroad or tweak them as per BS IV norms.A leading Ashok Leyland dealer, however, told ET, “We have been told by the company to not get into panic selling. They have said that they have a technical solution to convert the BS III vehicle to convert to BS VI. Nonetheless, we are trying our best to sell whatever stock available.”