Said Ali would not have imagined that his frequent trade trips to Karachi and Lahore in the 1940s would make him less of an Indian — or not an Indian at all. Seven decades after Ali lugged gunny bags of areca nuts plucked from his farms in north Malabar to the cities that are now in Pakistan, the third generation of his family is fighting a battle in the Kerala High Court to prove that their great-grandfather was indeed an Indian.

In 1996, Ali passed away peacefully at the age of 99 in his village in north Kerala, but over two decades later, his descendants face a rather peculiar challenge: to prove the nationality of their long-departed valiyuppa (grandfather). The need arose when the family was told a portion of their land, acquired by Ali several years ago, was “enemy property”.

Enemy of the Land
The term “enemy property” is derived from the Enemy Property Act of 1968 (EPA 1968), which allowed the government to vest all property belonging to Pakistani and Chinese nationals in India. This law was a result of the wars India fought with Pakistan and China in the 1960s. 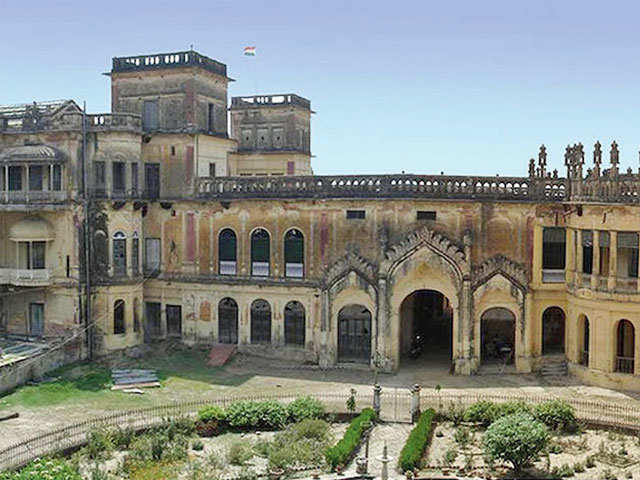 The Qila Mahmudabad in UP belonged to the erstwhile raja of Mahmudabad, who migrated to Pakistan in the mid-50s

Successive governments tried to amend this act to make it sharper and more objective, but were met with stiff opposition from aggrieved parties — mostly resident Indian nationals whose immediate relatives (mostly uncles, brothers or sisters; father or grandfather, in some cases) migrated to Pakistan or China in the post-Independence years.

The reason for their was that many of these properties were held in the names of people who chose to migrate (especially in the case of family elders who moved out India). This would automatically make the entire family possession an “property” under the 1968 Act. Remember that even though their relatives chose to relocate to Pakistan or China, the ones who stayed back remained Indian nationals, voted in elections and held Indian passports.

Till now, these aggrieved Indians (who were barred from accessing their property because the Enemy Property Act was invoked on them) had the right to appeal higher courts and claim inheritance. But that window would close when the Enemy Property (Amendment and Validation) Ordinance of 2016 would become an act.

The ordinance was recently ratified and passed as a bill by both Houses of Parliament, and is awaiting the president’s assent. 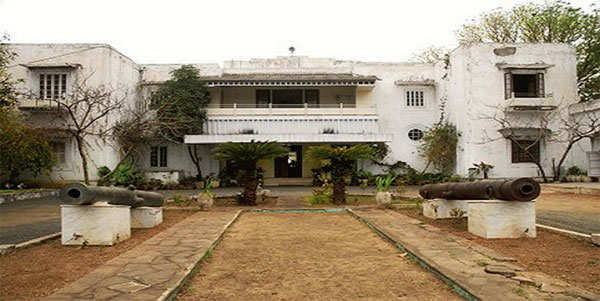 “All democratic norms were flouted when the government put up this ordinance in Rajya Sabha last fortnight,” laments Husain Dalwai, a Congress member of Parliament in Rajya Sabha.

They put it up on a which is a no-government business day, and passed it in less than 30 minutes. We did not even know they were putting this up for Rajya Sabha clearance.”

As per the amended bill, once an enemy property is vested in the Custodian of Enemy Property for India, it shall forever remain with the government. Laws of succession would not apply to enemy property anymore.

Old Act vs New Bill
In the ambit of the old law (EPA 1968), the role of government-appointed Custodian Enemy Property, as clarified by the Supreme Court in 2005, is merely that of an administrator. “The right of ownership rested with the owner. Therefore, on the death of the enemy, the enemy property should be inherited by their legal heirs,” the court had pronounced then.

The biggest beneficiaries of this judgment were the legal heirs of the raja of Mahmudabad (Raja Mohammad Amir Ahmed Khan) in Uttar Pradesh. The erstwhile raja had migrated to Pakistan in the mid-1950s, but his consort and son preferred to live in India. The raja’s son and living heir, Mohammad Amir Ahmad Khan, served two terms as a Congress MLA in 1985 and 1989. 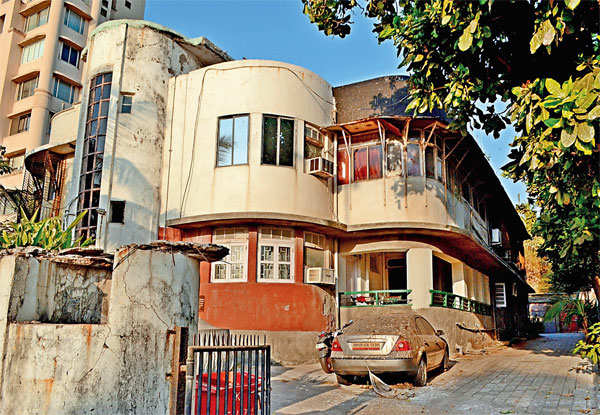 The Kishori Court, near the Worli end of the sealink, is perhaps the most high-profile enemy property in Mumbai

In 2010, the Congress-led UPA government promulgated an ordinance to expand the power of the custodian (who was deemed a mere administrator by the SC). The purpose of the ordinance was to permanently vest the property with the custodian even after the death of the “enemy owner” (a Pakistani or Chinese national in this case).

This practically terminated all possibilities of staking succession or inheritance claims on such properties. The UPA government did not push for this ordinance and it lapsed at term. “But the UPA had done all the damage then… they also wanted to attach all enemy property to the government,” says Dalwai.

In 2016, the BJP government raked up the old act and promulgated an ordinance, which enhanced the role of the custodian even more. This ordinance proposed to vest ownership rights to enemy property in the custodian. This effectively makes the Union government the sole owner of all enemy properties. 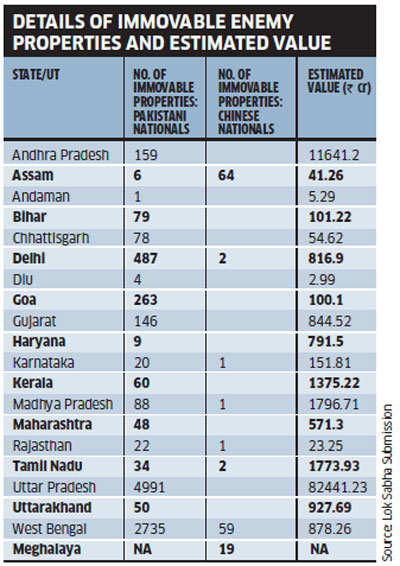 That apart, the 2016 ordinance (now a bill) is retrospective in nature and nullifies all legal transactions (mostly sale of enemy property land to others) on enemy property from 1968. This, according to a note from PRS Legislative, a nonprofit organisation, means that a person who may have bought an enemy property in good faith when such sale and purchase was legal now stands to lose the property.

The amended bill limits options for legal recourse as it prohibits lower courts from hearing disputes around enemy property. Aggrieved persons can only lodge ultra vires petitions challenging the validity of the act in high courts or the SC.

“The new bill is depriving citizens of their ancestral properties. This may be open to a constitutional challenge,” reckons senior SC lawyer Anand Grover, who has dealt with a few enemy property cases in the past.

According to a government submission in Lok Sabha in March 2016, there are close to 9,300 enemy properties in India; of these 149 (mostly in Assam, West Bengal and Meghalaya) belong to Chinese nationals. The government estimates the net value of all enemy property in India Rs 1.04 lakh crore.

“Most of the persons who would be deprived of property are Muslims. They’re being treated like non-citizens,” says Grover. “It is unfortunate that under the guise of confiscating enemy property, citizens are being deprived of their inherited properties,” he adds.

The case of Said Ali, who travelled in pre-Partition era to what is now Pakistan to sell his crop, illustrates how the Enemy Property Act is open to misuse. Ali’s family came to know about the enemy property tag on their land only when they decided to sell a portion in mid-2000. “It is evident that somebody played foul to trounce the land deal,” says a family member, requesting anonymity as the case is under judicial consideration.

To be sure, it isn’t too difficult to get an enemy property order issued. The land mafia across Indian cities uses this law efficiently to stall pricey land dealings.

All you need is political clout and some money to grease the machinery and cajole them write to the custodian about the presence of enemy property. On receiving such a report, the custodian issues an order to stall further activity on the notified land. Under the old law, it would take years of legal procedure for the aggrieved parties to vacate the custodian’s claim.

“There are several such cases of people being falsely implicated in Kerala,” says an Ernakulam-based advocate representing the Said Ali family. The lawyer refused to be named as he is not fully aware of the new bill. 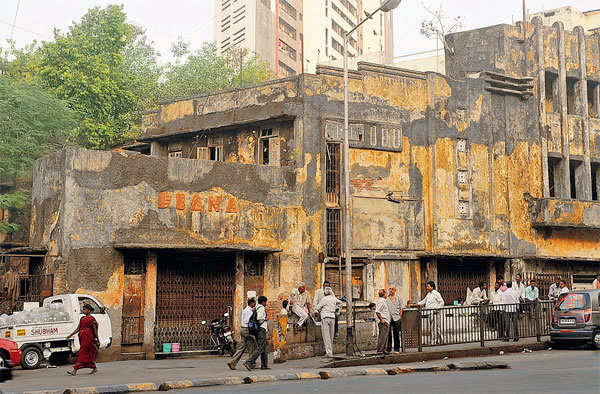 The Diana Talkies near Tardeo Circle, Mumbai, was set up as a private trust on May 20,1943

“We receive many such cases from people in north Kerala, whose ancestors may have travelled to Pakistan years ago for trade purposes. These people have merely visited that country. They’ve lived their entire lives in Kerala and have died here. Still their descendants are called to prove their ancestors’ nationality,” the advocate adds.

The Legal Rap
Most legal experts whom ET Magazine consulted believe that in cases where the EPA is falsely invoked, the land would be returned to the rightful heir after due proceedings in the HC. “The objective of this act is to only vest the properties of people who have migrated to Pakistan or China and settled there,” says Ajay Veer Pundir, an advocate practising at Uttarakhand HC.

“These people should have taken citizenship there and lived there permanently. Merely visiting these countries won’t make you holder of enemy property,” says Pundir, who has dealt with nearly half-a-dozen enemy property cases, including the case of Raja Mahmudabad. 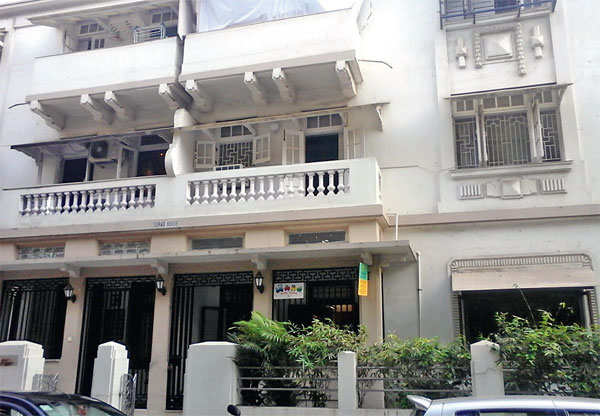 Raja Mahmudabad’s case has assumed significance because of his chunky land holdings and resorts in Nainital. A section of legal experts believes the new bill is politically motivated and intended to checkmate the legal heirs of Raja Mahmudabad. It nullifies the apex court’s order of 2005, which made the raja’s heirs eligible for the vast property.

“We had challenged the ordinance mooted by the UPA (in 2010) in the SC… We are awaiting that verdict. If the new bill becomes an act, we will challenge it as ultra vires to the Constitution,” Pundir, representing the heirs of Raja of Mahmudabad.

Another prominent enemy property case pertains to the Nawab Pataudi family of Bhopal. Scion of the family and Bollywood actor Saif Ali Khan has been rallying hardto keep his ancestral property intact.

Hamidullah Khan, the last nawab of Bhopal, had two daughters — Abida Sultan and Sajida Sultan — the latter being the grandmother of Saif Ali Khan.

According to the law followed by the Bhopal nawabs, the eldest child (Abida) was the rightful heir to the property. But in 1950 Abida migrated to Pakistan and settled there.

The nawab and the rest of his family remained in India. The family’s brush with the Custodian of Enemy Property came a few years after the nawab’s death. As per the custodian, the rightful heir to the nawab’s property (over 130 asset forms) was Abida, now a Pakistani national; this earned the nawab’s holdings the tag of enemy property.

Reason? “Only Abida Sultan migrated to Pakistan; the rest of the nawab’s family lived all their lives in India. The nawab had made Sajida Sultan the sole heir to all his property; the government of those days had recognised Sajida Sultan as the successor to nawab. There was also a presidential order ratifying this claim. No custodian can surpass a presidential order,” reasons Pancholi, an advocate practising in the Madhya Pradesh HC.

The Pakistan government had attached properties of Indian nationals way back in 1971. The Indian government is now trying to pay back in the same coin. The Enemy Property Bill, if it gets the president’s nod, will fill the coffers of the government — by asking sons and daughters to pay up for their forefathers’ “sin”.