The bounty in question is a $1.17 billion payment from Tata Group to NTT Docomo Inc., its partner in a struggling wireless carrier. Tata Teleservices MaharashtraBSE 19.95 % Ltd., the venture’s publicly traded unit, rose more than 19 percent on Tuesday in Mumbai.

Making Docomo run from pillar to post for the money was widely believed to be one of the reasons scion Ratan Tata lost faith in his successor Cyrus Mistry, and ousted him as chairman of the salt-to-software group’s holding company in October. The bitter PR and legal battle that ensued is only now starting to wind down. 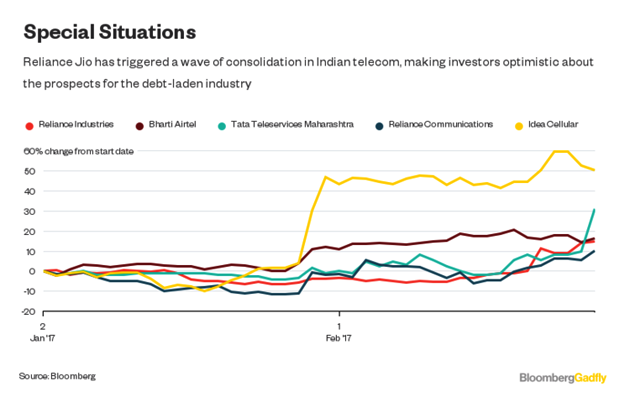 With Mistry out of the picture, the Indian company has finally decided to bury the hatchet. Or at least that’s what it told a Delhi court on Tuesday.

Paying the Japanese telco was important. It was needed both to shore up the Indian group’s reputation for fair play and to burnish Ratan Tata’s image, which has been badly dented by the allegations of backseat driving and bad judgment hurled at him by a spurned Mistry.

At its core, the Tata-Docomo dispute was simple enough. Ratan Tata had persuaded Docomo to invest 145 billion rupees ($2.2 billion) in Tata TeleservicesBSE 19.95 % in 2009 by promising that if things didn’t work out in five years, the Indian conglomerate would either find a buyer for the Japanese company’s 26.5 percent stake, or take over those shares at half the original value of the investment.

But when Docomo exercised its option in 2014, Tata Group was unable to find a buyer and seemed disinclined to purchase the Japanese stake. Mistry, who assumed the leadership in December 2012, took the position that the original agreement was legally untenable. He wanted to pay, he said, but couldn’t because Indian law wouldn’t let him. A livid Docomo dragged its partner to an arbitration court in London, where it won a $1.17 billion award. Once again, the Tata Group said paying the compensation would violate India’s foreign-exchange rules. 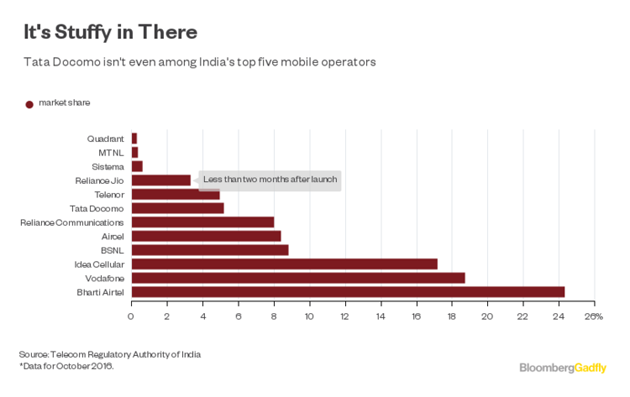 With Ratan Tata dropping all objections to paying, the bickering may have ended. However, Docomo’s check isn’t exactly in the mail yet. There could be further complications if a court in Delhi agrees to make the Indian central bank a party to the dispute. Still, with its intent to pay now established, the Tata Group needs to take the necessary next step and exit telecom.

Vodafone Group Plc, which is merging its Indian unit with smaller rival Idea Cellular Ltd., was a suitor for Tata Teleservices last year. But as the Economic Times reported last week, a more likely beau now may be Reliance Communications Ltd., which is controlled by Anil Ambani, Mukesh’s younger brother.

Exiting telecom would allow Tata, a $103 billion conglomerate, to push more capital into other, more lucrative businesses. Tuesday’s jump in Tata Teleservices shares clearly shows that investors may be viewing the Japanese settlement as a precursor to a sale. With Docomo placated, that would be the logical thing to do.