Indo – Canadian music sensation Vandana Vishwas announces the release of her new album ‘Parallels’ in India. The singer, who won Silver Medal at the Global Music Awards 2016, is all set to start off 2017 on a new note. The album comprises of 5 pairs of ten unique ‘Parallel’ songs that revolve around collaboration of Indian music with different genres of mainstream and World music. 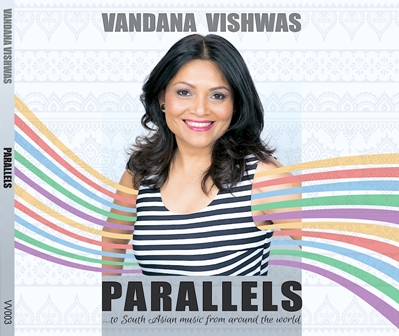 Apart from singing two songs by Bulle Shah and a Ghazal by Jigar Muradabadi, Vandana Vishwas also debuts as a lyricist for the first time with this album. ‘Parallels’ world premiere took place in Toronto recently and right from its debut for airplay, ‘Parallels’ topped the RMR (Root Music Report) world charts for 12 straight weeks, peaking at no. 1 spot for 4 straight weeks. It also debuted at the CMJ (College Media Journal, New York) Top 50 World Charts, peaking at no. 9 spot.

Speaking about the album ‘Parallels’, Vandana expressed, “Parallels’ is a first of its kind music album and really close to my heart. It is a mix of genres – a collaboration of Indian music with different genres of mainstream and World music such as Flamenco, Country, African, New-Age, Ballad etc. The making of this album has taken me long but I am sure it will all be worth it and I am looking forward to see how Indian audiences perceive it.”