CHENNAI: The Union Budget for FY18, being prepared in the shadow of demonetisation, is expected to factor in the blow the November 8 decision has dealt to the country’s economy.

According to reports, the note ban has hit corporate profitability, impacted informal jobs, affected farmers, and brought small-scale industry to a halt. Consumer spending also took a hit, as people chose to hold on to their purses. And, the World Bank recently lowered India’s GDP forecast to factor in the demonetisation impact; so did credit rating agencies. 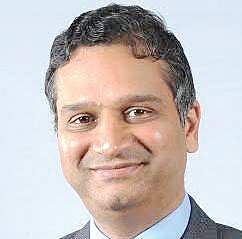 In this backdrop, experts believe demonetisation will have significant influence over the direction of Budget 2017 and Finance Minister Arun Jaitley will likely take measures to stimulate an economy.

Among the expectations are relaxation in income tax slabs for the salaried class and raising the minimum limit for taxable income; reduction in corporate tax rates to make Indian industry more competitive; and, some steps to boost economy such as a spike in infrastructure spending.

“We’ve seen slowdown in auto, consumer goods, realty, and services. While some part of the output lost will be regained in Q4 (of FY17) and Q1 (of FY18), the loss of output in services will be permanent,” says Madan Sabnavis, chief economist, CARE Ratings. The Budget should have a big-bang stimulus package, he says, as the economy is going to grow at a lower rate than what was expected. “A thrust is required through fiscal stimulus, but the government has to take a call on whether or not to stick to the path of three per cent fiscal deficit.”

Aniruddha M Godbole, a financial services expert in Pune, says there ought to be some sector-specific stimulus in the form of capital expenditure, especially for industries with high informal labour such as the construction sector. According to him, an all-round big-bang stimulus is not warranted now, but it might be required later in FY18 when more data on the extent of stress in the economy comes in.

Agreeing that personal and corporate income tax rates are might be reduced, he says: “The highest marginal tax rate will have to be lower than the demonetisation-related hit (as assessed by the government) to those with black money.”

The FM’s challenge this year will be to try to spend more on infrastructure while still keeping within the fiscal road map.