Union budget, as the name suggests, is an itemised summary of intended expenditure and expected revenue of the central government.
Unfortunately it has become a circus where the people and industry expect the government to perform magic and come up with overnight solutions to all our problems.
The right expectation from a budget would be that the government focuses on its deficits and finances to bring down inflation. But we expect the government to make policy decisions in union budgets. It is a fact that tax rates do affect business, but tax rates alone are not responsible for the success of the business.
Since our country is now used to these kind of expectations, we will talk about what the pharmaceutical industry expects from the Budget. But before that, I would like to mention about the current industry scenario.
Prevailing scenario in pharma sector
If we consider recent pharma news, we would come across NPPA (National Pharmaceutical Pricing Authority) and DPCO (Drug Price Control Order) which has been given the mandate to control and fix the MRPs of a number of scheduled bulk drugs and their formulations. This is to bring down the prices of these drugs and make them affordable. But, this in turn leads to non-availability of many life-saving medicines.
For example, the country is facing non-availability of life-saving drug D-penicillamine, used for the treatment of Wilson’s disease, a genetic disorder. DCGI’s office has been receiving various representations regarding its non-availability. As per the representations, the drug has disappeared from the market in the recent past.
Why did this happen? Because the government has tried to ‘control’ free market through NPPA and DPCO.
A pharma company is an enterprise and has to rely on ‘free market’ and economics to survive. It cannot survive if its margins are restricted or controlled or if it’s dictated to keep only a limited amount of margin. A private enterprise needs freedom of deciding its own margin for it to survive.
If the product is not profitable they will simply not produce it and this is what’s happening under DPCO and NPPA. Most manufacturers have stopped manufacturing the drugs listed in the DPCO order. This will not help anyone – neither the government nor the patients!
Pharma companies are not here to provide subsidised medicines, they are here to do business. It’s the government’s role to provide subsidy or benefits to the patient.
There are around 1398 court cases going on in NPPA and thousands of crores are stuck under DPCO and drug overpricing (Rs 4,551 crores) in various courts across the country.
This is consuming two of the most precious resources – time and manpower. Companies are losing these resources behind clerical issues which are non-productive. Imagine the outcome of freeing these resources for ‘constructive business’ like generating new businesses and profits.
Expectations from the government
Government should bring in DBT (direct benefit transfer) in healthcare, pharma and hospitals. DBT is the ideal solution for pharma industry and I believe that the moment DBT comes into picture, all the drug shortages will disappear. DBT is already being practiced in other sectors, so, why not healthcare?
Since GST (Goods and Services Tax) is just around the corner, and if the government is serious about benefiting the poor, we expect it to set lower GST rates for pharmaceuticals since they are a necessity and not a luxury.
In current VAT regime tax rate is between 4-6 percent in different states. So while deciding on the GST rate for pharmaceuticals, government should seriously consider to keep the GST rates low for pharma.
It does not make sense to increase taxes from one hand and provide subsidy from another hand. If tax rates are low, there may be no need to provide subsidy.
Post GST the traditional supply chain model of separate warehouse in every state will be replaced by a central warehouse model to bring in supply chain efficiency. GST will bring about consolidation of warehouses as manufacturers can set their warehouses at their strategic locations which can be passed on to the consumer if GST rates are kept low. 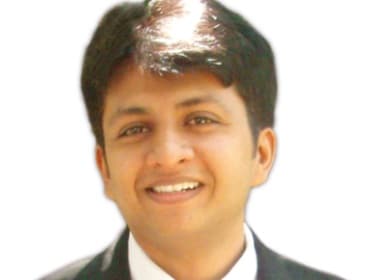 Rather than giving too many subsidies, cross- subsidies, benefits etc, the focus should be on simplification of the process. Subsidies are a ‘back handed’ return, a compensation for the inefficiencies in the system.

If the process is simple and straight, the need for subsidy will cease to exist. If the application process and licensing is made easy, no company will ask for a subsidy as obtaining subsidy from the government itself is a time consuming process.
I am aware that some of the points are not what the readers expects in a budget column, but it’s time for us to change our thinking and these are practical challenges of the industry. These deeper issues need to be addressed in pharmaceuticals sector immediately rather than some minor tax rebate, here and there.
Jan Aushadhi stores
Another big development that is going to push current margins to the fringe Jan Aushadhi stores.
Government has come up with Pradhan Mantri Jan Aushadhi Yojana (PMJAY), under which 3000 medical stores will be opened to ensure availability of generic medicines at affordable prices. Instead of investing so much, the government can publish a gazette stating that the existing medical stores should reserve ‘X percent’ generics for people eligible under PMJAY.
The stores can scan an Aadhar card code on PMJAY app to identify the beneficiary. The patient can get his reimbursement directly in his account.
Government has to shell out a few thousand crores to set up these 3000 medical stores. But, designing a PMJAY app and publishing a gazette will cost them only a few thousands.