MUMBAI: If you thought not being able to withdraw as much as you wanted to from ATMs was painful, here’s some more worry coming your way. The government is considering a proposal to reduce the free withdrawals by more than half to just three, instead of the nearly 8-10 now, including from banks where one has accounts.

This proposal, floated by bankers, was discussed in the pre-budget consultations with the finance ministry, and the feeling was that this is one of the ways to push digital, said people familiar with the matter.

“A proposal to bring down free ATM transactions to three per month has been discussed with the finance ministry, and this is one of the measures being considered to disincentivise use of cash,” a senior banker said on the condition of anonymity. 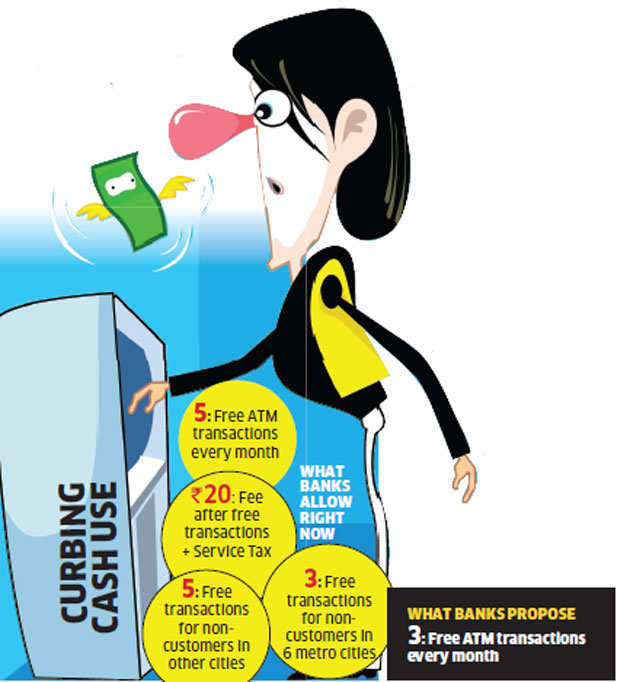 According to most banks, ATM transactions since November have been sporadic and have fallen anywhere between 10% and 20%. If they drop further, costs will rise making the ATM business unviable.

“If the number of transactions on ATMs comes down, then we will have to figure out a strategy to discourage cash,” one of the bankers cited above said. “One can look at increasing transaction charges at ATMs to improve the economics of doing business, but the government wants to reduce transaction cost for customers, so that may not happen.” Banks charge an interchange fee which ranges from Rs 15 to Rs 20 if a customer uses the ATM of a non-home bank.

This is a fee the customer’s bank pays to the one that maintains the ATM. The first three transactions at other ATMs are free but after this, the bank can choose to pass on the cost to the consumer.

Just last week, NITI Aayog CEO Amitabh Kant had said that cards, ATMs and PoS machines would become redundant in the country by 2020. ” … by 2020, my view is that in the next two-anda-half years, India will make all its debit cards, credit cards, all ATM machines, all POS machines totally irrelevant,” Kant had said. “India will make this jump because every Indian will be doing his transaction just by using his thumb in thirty seconds….”