New Delhi: Even as the National Democratic Alliance (NDA) government has been championing the cause of green energy, India has achieved only around 19% of the targeted 12,000 MW solar power till now. 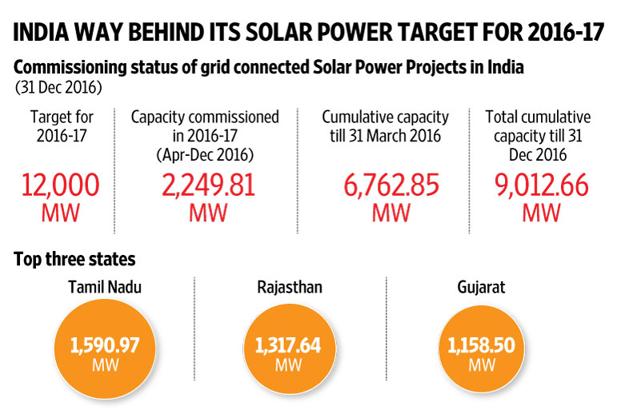