In this era of global interconnectedness, Indian markets march in lockstep with the rest of the world. So, global cues such as the US Federal Reserve’s interest-rate decisions and dollar strength matter a lot. That said, 2017 will reveal how deep an impact demonetisation of high-value banknotes will have on economic growth and, in turn, the markets, and for how long. How quickly the economy and companies shake off the note ban effects will determine India’s share of foreign fund inflows.

US Federal Reserve’s interest-rate hikes: While announcing the December rate hike, the US Federal Reserve said its median outlook for rates rose to three quarter-point increases in 2017 from two as of September. While the recent 25 basis-point rate hike was grounded on strengthening of the labour market, improvement in wages and strong economic growth, the acceleration of rate increases is based on expectations that US president-elect Donald Trump will pursue an expansionary fiscal policy.

Implementation of GST: The goods and services tax (GST) is likely to be implemented from 1 April. There are still concerns the deadline could be missed. The GST council, chaired by finance minister Arun Jaitley, in its six meetings so far has taken unanimous decisions on 10 issues. Three more issues—dual control over taxpayers, list of items in the tax bracket and model central GST (CGST) and integrated GST (IGST laws)—are still pending. The GST, once implemented, could be a short-term negative as participants will take time to adapt to the new regime.

Foreign fund inflows into India: Foreign institutional investors (FIIs) have been selling Indian shares following November’s demonetisation of high-value banknotes by the Indian government and Republican Donald Trump’s unexpected win in the US presidential election. A strong dollar has been driving outflows from risky assets such as emerging market equities. With the dollar predicted to strengthen in 2017, it remains to be seen how FIIs look at Indian equities as an investment option.

After-effects of demonetisation: The first impact of demonetisation—in terms of numbers—will be revealed in December quarter corporate earnings, which will be unveiled from the second week of January. How deep and long the impact proves will determine the recovery of consumption demand in Asia’s third-largest economy.

Primary market offerings: Companies have lined up a slew of initial public offerings (IPOs) for 2017, but market conditions will determine whether they will indeed go ahead. After an eventful 2016, the new year is also likely to see interesting niche companies such as stock exchange operators, a matrimonial website, supermarket and skincare chain raise funds from the public. 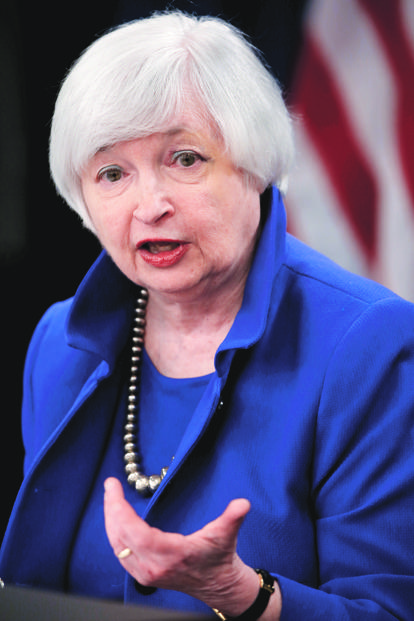 Janet Yellen: Will Janet Yellen, the chair of the US Federal Reserve, indeed hikes rates three times in 2017, as hinted in December? It would depend on how the strength of the US economy plays out, and if other global elements are conducive for her to embark on a hawkish path

Donald Trump: US President-elect Donald Trump assumes power in early 2017, and investors expect him to take aggressive steps towards fiscal expansion, and bolstering growth in the world’s largest economy. This could eventually give the Federal Reserve more confidence to increase interest rates. Trump could tighten the H-1B visa regime for professionals that he says is hurting American workers. If he does deliver on this promise, it will likely be a setback to Indian information technology (IT) companies

Arun Jaitley: All eyes will be on finance minister Arun Jaitley’s moves in the year. The budget will be key to soothing the frayed nerves of taxpayers after the demonetisation of high-value currency notes led to a cash crunch that is likely to hurt economic growth prospects in the near term. Economists and investors will also be watching whether he and his team can adhere to the 1 April deadline to implement GST

Narendra Modi: Investors will be watching Prime Minister Narendra Modi’s efforts to deepen the reforms process he has embarked on. There are expectations that he could use more tools to crack down on black money, the repercussions of which may rattle the markets. It also remains to be seen how his ‘Make in India’ campaign, aimed at attracting foreign investment and boosting the manufacturing sector, is executed.

Urjit Patel: Investors were disappointed at the silence maintained by Reserve Bank of India (RBI) governor Urjit Patel in the aftermath of demonetisation. Contrary to his predecessor Raghuram Rajan, who was mostly vocal about his thoughts, Patel has been a man of few words. Amid the chaos triggered by demonetisation, he did little to come out and calm citizens. Flip-flops in the wake of the 8 November announcement have rattled investor confidence in the central bank. It remains to be seen whether RBI will opt to cut interest rates further in 2017 at a time when the Federal Reserve is preparing to adopt a hawkish stance

3: The projected number of rate hikes by US Federal Reserve in 2017. On 15 December, while the Federal Reserve hiked rates by 25 basis points (a quarter of a percentage point), as expected, it flagged a faster-than-expected pace of increases in 2017. The US central bank projected the likelihood of three rate hikes in 2017, one more than perceived earlier, as the Trump administration takes over with promises to boost the US economy through tax cuts, spending and deregulation

30-330 basis points: That’s the range by which economists at securities houses and rating agencies have trimmed India’s gross domestic product (GDP) growth estimate for fiscal 2017 because of headwinds from the 8 November demonetisation of high-value currency notes. The move could dent consumption growth, which would otherwise have received a boost from the monsoon. And in the short term, the consumption that would have been fueled by black money likely came to a halt

17.87 times: Benchmark equity index BSE’s 30-share Sensex trades at 17.87 times one-year forward earnings, down from 18.30 times on 8 November, before demonetisation and Trump win announcements hit the market, which led to lower earnings expectations, coupled with a correction in the market. However, it still trades at a 12.3% premium to its five-year historical average of 15.91 times

$70-75 per barrel: Crude oil prices rallied in 2016, and are currently around $54 per barrel. The firming of oil prices will have an impact on corporate earnings and India’s fiscal situation. Concern will mount if crude prices rise beyond $70-75 per barrel. Brent crude oil jumped 46% in 2016 to $54.39 per barrel

13: The number of IPOs that have received approval from the Securities and Exchange Board of India (Sebi) to hit the market in 2016. The lineup of IPOs comprises unique ones as was the case in 2016, with a supermarket chain, a matrimonial portal and a skincare company seeking to raise funds