Coal India Ltd (CIL) has announced a much-awaited price hike. On average, prices of coal sold through the fuel supply agreement (FSA) route have increased 6.3%. Last fiscal year, CIL sold 534 million tonnes (mt) of coal, out of which that sold through the FSA route accounted for 447.72 mt. The price hike will fetch the company additional revenue of aboutRs.3,234 crore this year. CIL has also reduced the premium it charged the non-regulated sector to 20% from 35%, which could help boost sales.

Overall, the price hikes will help the country’s largest coal producer offset anticipated high employee costs. Not surprisingly, many analysts have upped their earnings estimates for the company. Elara Securities (India) Pvt. Ltd upgraded its fiscal year 2018 estimates for Ebitda (earnings before interest, taxes, depreciation and amortization) by 6% to factor in the higher FSA coal price, partly offset by lower e-auction price. But more importantly, as Antique Stock Broking Ltd points out, “This price rationalization is not only earnings accretive but also gives us the confidence that CIL is capable of taking tough decisions with regard to pricing.” 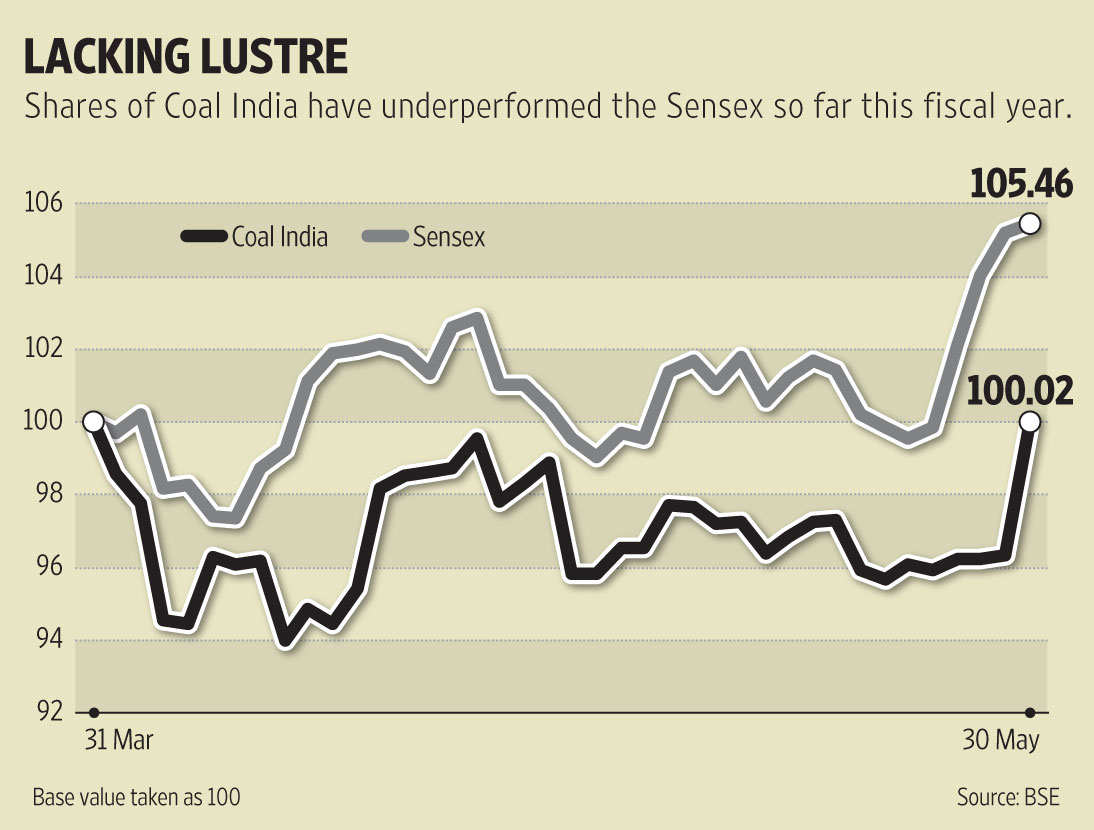 Not surprisingly, the CIL stock jumped 3.8% on Monday toRs.292.05. That’s heartening, considering that the company’s March quarter results were not impressive. Even though offtake (or sales volume) increased about 8% compared with last year’s March quarter, blended price realization declined 7% to Rs.1,430 a tonne. Accordingly, CIL’s revenue for the March quarter remained flat year-on-year at Rs.20,760 crore. Further, higher provisions and a sharp spike in other expenses led to a 7% decline in Ebitda to Rs.5,534 crore. Ebitda had increased by 20% and 18%, respectively, during the December and September quarters. Nevertheless, given that tax outgo declined by a fourth, net profit remained flat compared with last year at Rs.4,248 crore.

Despite the price increase on Monday, the CIL share has underperformed the benchmark Sensex so far this fiscal year. Currently, the stock trades at 11.6 times estimated earnings for this year. The company had a good year as far as production growth is concerned. Currently, CIL is facing a problem of higher inventory and the company’s priority would be to liquidate old inventory. This, says IndiaNivesh Securities Pvt. Ltd, will impact coal production in 2016-17 and the firm estimates a 5% growth in production. With the price hike behind it, improvement in demand, especially from the power sector, will determine the trajectory of the CIL stock.