NEW DELHI:  Having quit his low-paid job with a contractor in Qatar, electrician Kurian Joseph scrabbles for work each day in his hometown in Kerala, a state that has one of India’s highest unemployment rates.

He’s a casualty of the global oil price collapse. Stories like Joseph’s explain why remittances from Indians working abroad slumped 27 percent in the fiscal year through March to $48 billion – the lowest since the 2008 global financial crisis.

Making $250 a month, and faced with a pay cut as construction jobs in Qatar became scarcer, Joseph realised he could no longer afford monthly installments on his house and son’s education. In January, after 15 years in the Gulf, he decided to go home. 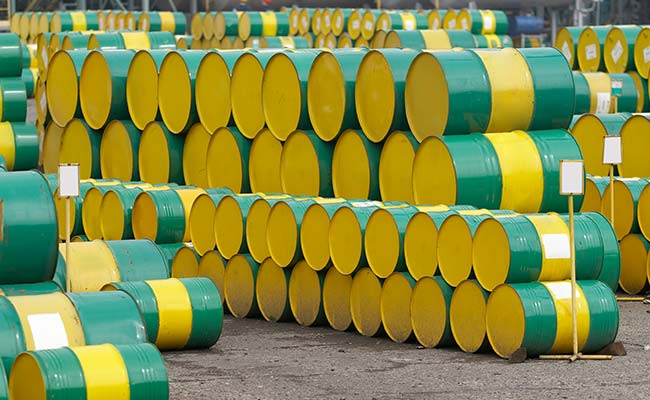 Though oil prices have recovered more than 50 percent since late January, the rally could easily peter out before the labour market tightens in the Gulf once again. (Representational Image)

Most of India’s remittances come from the oil-rich Gulf, where some seven million Indians have been working, but more and more are being forced to come home. Earlier this year, 1,000 Indian professionals were laid off by Qatar Petroleum.

The prospect of further falls in remittances is a hindrance for the Reserve Bank of India, as it seeks to “bullet-proof” the economy against sudden capital outflows.

Whereas India’s external balances are in a far better shape than three years ago, when a sudden burst of portfolio investment outflows put the rupee in a tailspin, there are still risks of external shocks.

Chances of US interest rates going up, Britain voting to leave the European Union, and China’s economy worsening all pose risks for emerging markets like India.

Portfolio investment is typically the most volatile source of inflows, but last year’s $18 billion drop demonstrated how unreliable remittances can be. Taking note, an RBI panel warned last month that the likely impact on remittances should be factored into any monetary policy decisions.

Though oil prices have recovered more than 50 percent since late January, the rally could easily peter out before the labour market tightens in the Gulf once again.

Marie Diron of Moody’s Investors Service warned there could be worse to come for remittances.

“We have highlighted the risks of a marked fall in remittances as the Gulf economies’ long-term adjustment to lower oil prices has only just started,” said Diron, a senior vice president in the rating agency’s Sovereign Risk Group.

Having covered 50 percent of India’s trade deficit in the previous two years, remittances only covered 40 percent in 2015/16 even though the trade gap had shrunk significantly.

On balance, of course, India has benefited massively from cheap crude over the past two years. It halved the oil import bill, cooled inflation and improved public finances, all of which helped the RBI to cut interest rates.

Meantime, down in Kerala, Joseph has sold his house and cleared his debts. He plans to build a smaller home and start a business with what money he’s got left.