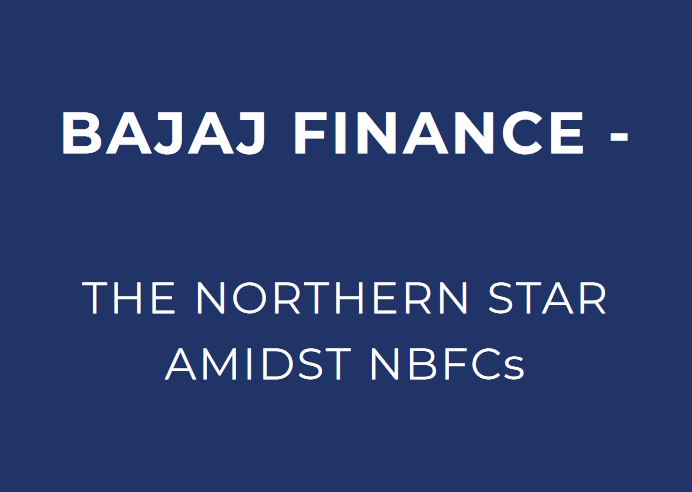 The multinational conglomerate, Bajaj Group will complete a century of its significant existence in the coming few years with its legacy. It was after 11 years in auto finance market, that Bajaj Finance Limited chose to launch its IPO and was listed in the market. The NBFC dealing with Consumer Finance, Small and Medium Enterprises and Commercial Lending, and Wealth Management is growing brick and brick in both online and offline, is now one of the largest NBFC in India.

As on 31st March, 20, BFL has a standalone AUM of Rs 116,102 crore and CRAR of 25.01%, makes it one of most capitalised NBFC. Consistently, BFL has been generating growth in AUM and has average of 44% over a decade and average EPS of 51%. This speaks about its intensity and ability.

Bajaj Finance has shown tremendous growth in the last 5 years and FY2020 to record a growth in terms of New Loans, AUM, PAT, et al. However, the first quarter of FY21 showed the obvious profit downfall due to the Covid pandemic and consequent lockdown. But we believe that there are certain opportunities that can be booked and revive the growth again.

The market scenario is unknown, due to this lockdown-unlock phase. What is known is that revival of consumption demand is pivotal. The recovery shall be slower, but it is expected that government shall focus on the major population, the bottom of the pyramid. Corporate demand may still take time to revive and surely; consumer business is better position than others. And BFL being a player in retail (consumer + SME) segment should build a profitable scale post this crisis.

The financiers and manufacturers can work together to tweak and develop products in order to stimulate consumer demands. Given Bajaj Finance’s strong position, it has healthy relationship with manufacturers and effective business model in the small ticket consumer loan segment. Along with this, BFL has the pricing power owing to its dominant position and reach.

Bajaj Finance is no exception to the companies that got hit by pandemic. Yet, we have a strong believe that it’s up there. With capital adequacy ratio of ~25%, Bajaj Finance has strongest Balance Sheet among other NBFC. Even the cost of fund is lower than its peers as the leverage ratio is between 4-5. Last year, while this was one of the top performers, its peer faced a drop amidst the crises of bad loans and defaults. It is out right favourite of international as well as domestic investors. Unlike other NBFC, Bajaj Finance has diversified its business has limited company’s exposure. It has been a decade that it has high ROE business with active management.

It has underperformed in FY2020 and FY2021 will be a tough year, but a sharp elevation is expected in FY2022. And as they say, nothing lasts forever. The AUM under moratorium has already been reduced to 15.5% in June from 27% in April. Bajaj Finance has continued to spread its wings despite cyclical ups and downs and has been delivering consistently despite challenges in NBFC sector. It will rise back post the Covid19 phase too and recharge the fuel.

READ  These Indian Firms Made Highest Foreign Investment This Year