In the nearly duopoly market of aliphatic amines, both Balaji Amines and Alkyl Aminescontinue to post robust topline growth, incrementally benefitting from the lower Chinese imports and improving end markets. Additionally, anti-dumping investigations by the central government for select amine products is also improving earnings growth scenario. However, recent pick up in raw material cost is likely to keep a cap on margin expansion. 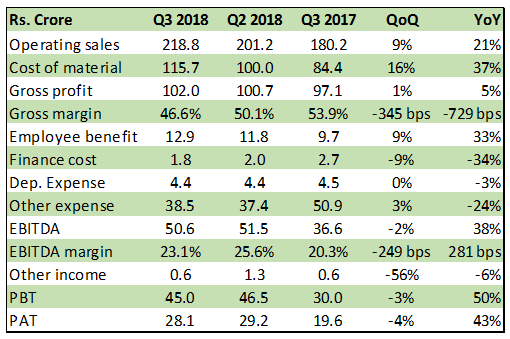 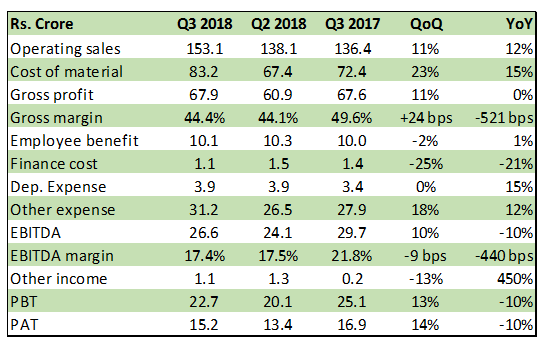 Capacity expansion on the anvil 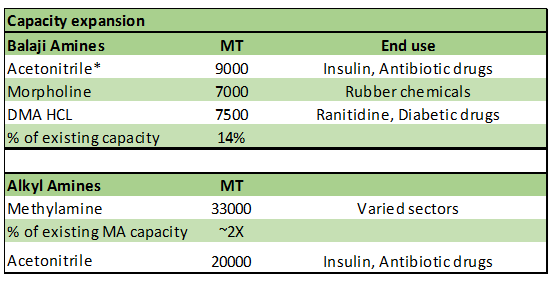 Both the companies are at the verge of major capacity expansion. Alkyl Amine’s Dahej facility is expected to be commissioned in current quarter, wherein Methylamine capacity of 33,000 MT would be available which would more than double its existing capacity. This would bring some cost savings due to proximity to major raw materials sources.

Further, this enhanced capacity is expected to free its Patalganga facility for value added products.

In case of Balaji Amines, company is waiting for a NOC (no objection certificate) from government to kick start its acetonitrile and morpholine plants. Management expects by the end of Feb’18 those two plants would come on stream.

With respect to DMA HCL (Di Methyl Amine HCL), operations are expected to start in Q1 FY19. It is noteworthy that DMA HCL is used as pharma ingredient for ranitidine and metformin (diabetic drug) and the company already has a significant capacity of about 25,000 MT.

Balaji Amines is expecting minimum revenue addition Rs. 150 crore in FY19 due to above initiatives as the new capacities would be running at about 50-70 percent in the first year.

Other expansion and acquisition projects

Additionally, company is working on its mega project for which 90 acres land has been given by the Maharashtra government.

By 2021, revenue of Rs. 300-400 crore is expected from this project where the company is targeting products like Mono Isopropyl amine, Methyl iso butyl ketone (MIBK) and Di phenyl amine wherein end markets like pharma, agro, rubber cleaning chemical, dyes and textiles would be catered.

Balaji Amines, in particular, has been pitching for anti-dumping duty for a couple of products. Recently, Commerce Ministry recommended anti-dumping duty on Di-Methyl Acetamide (DMAC), where the company has a capacity of 6000 MT. Currently, Balaji has a capacity utilisation of about 60-70 percent (Rs 60 crore revenue) which can now potentially move to 100 percent. Here, company would majorly benefit on the margin front.

In case of Di methyl formaldehyde (DMF), anti-dumping investigation is going on and company expects a clarification in one to two months. Here, things could be interesting if anti-dumping goes through and would benefit both topline and bottomline. Balaji has an installed capacity of 30,000 MT and capacity utilization of 33 percent, which recently benefitted from the environmental issues in China as well. Company expects capacity utilisation can go up to ~70 percent if anti-dumping goes through.

Another related trend due to strict compliance in China with respect to environmental concerns and lowering of export subsidies, is that Chinese exports of specialty chemicals (including Amines) have reduced. 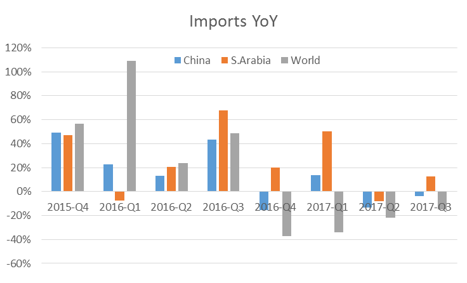 Further on the raw material front, Niti Aayog is expected to announce a roadmap for increasing methanol production, to be used as an alternative fuel. If the domestic availability of methanol is increased, not only it would cut down Amine manufacturers dependence on Middle-East but also help them in procuring it at a lower cost.

Stock price to mimic the earnings growth led by volumes