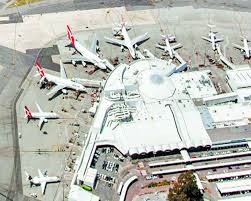 Adani Group will take over the operations of Sardar Vallabhbhai Patel International Airport here from midnight, Airports Authority of India (AAI) said on Friday (November 6). The AAI on Friday completed the procedure to hand over the SVPI Airport, Ahmedabad (Gujarat), to the private player. In a tweet, SVPI Airport said the ceremony to hand over the key to the airport will be held at midnight tonight.

The official twitter handle of APD (Airport Director) of Ahmedabad Airport also shared photos of AAI and Adani Group officials signing documents. “Airports Authority of India has completed handing over procedure of SVPI Airport to Adani Ahmedabad International Airport Ltd (AAIAL). At midnight tonight, the ceremonial Handing Over of the Key to AAIAL will mark the new chapter for Ahmedabad Airport,” the airport said in the tweet.