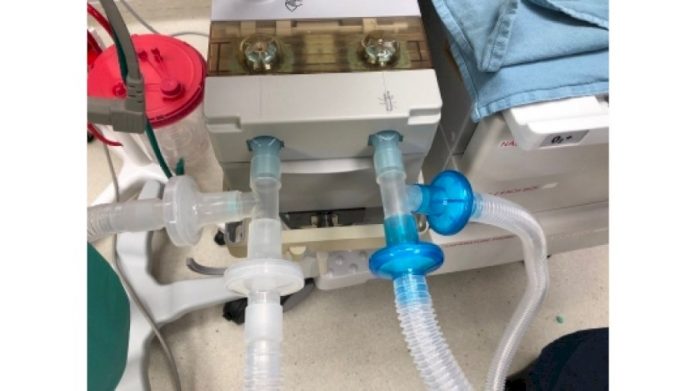 Having fulfilled the immediate target of delivering 30,000 ventilators to support India's fight against Covid-19, Skanray Technologies, the preferred partner selected by the Government of India, is all set to position India as an export hub for state-of-the-art ventilators.

Skanray, in its resolve to strengthen the visionary 'Atmanirbhar Bharat' and 'Make in India' platforms and provide critical support to the Government of India in strengthening the health infrastructure to fight the pandemic added 30,000 advanced ICU ventilators to the national stockpile.

The company is already in advanced talks with neighbouring countries including Bangladesh, Nepal, Sri Lanka to meet their requirements for advanced ventilators to aid their fight against the pandemic.

Skanray is also renegotiating with countries in Europe, Ukraine, Africa, Brazil, Mexico and the US where orders were held up due to the export ban.

Skanray manufactured 1,000 plus units of their globally certified advanced version of ventilators SkanResprio Plus for exports but due to ban were then supplied to state governments like Karnataka, Orissa and others, and now started producing new batches especially for exports to cover at least 50 per cent of the global demand.

Skanray is the only company with globally certified products, own design and manufacturing capability for ventilators and other medical equipments in India.

India, since Independence, had built an ICU ventilator base of about 15,000 nationwide and in the backdrop of the pandemic, an ambitious target of 75,000 ventilators was set up to be delivered in record time.

With 50 products, 100,000 installations, 700 plus professionals, 7 global facilities, and certifications by the European Safety Standards and 50 patents, Skanray emerged as a preferred partner for fulfilling the Government's mission.

Vishwaprasad Alva – Founder and Managing Director – Skanray said, “It has been a honour and a matter of great pride to partner with BEL, DRDO and the Government of India for this critical mission. We are thankful to the Honourable Prime Minister for his trust in our ability to be able to meet the country's requirement. On the back of the Government's push for 'Atmanirbhar Bharat' and 'Make in India', we were flooded with partnership offers from leading Indian and MNCs but in keeping the National Interest, we selected and formalized License agreement with BEL to manufacture CV 200, an ICU Ventilator.”

“We accepted the challenge and in collaboration with BEL, we were able to put together necessary production lines, test equipment, jigs and fixtures to brace up for the target of manufacturing 1,000 ventilators per day. This is a unique PPP resulting into targeted success in record time and a potential to make India MedTech hub,” he said.

“The journey is far from over. There are several countries around the world that continue to grapple with their requirements for medical equipment including ventilators in their fight against Covid-19. Today with the added capacities, India is well poised to become an export hub, starting with our neighbouring countries and meet the demand to fight the pandemic,” he added.