What India can learn from failure of Malaysia’s GST

New Delhi: Malaysia’s new Prime Minister Mahathir Mohamad last week said the country will abandon its goods and services tax (GST), following up on a poll promise to scrap the deeply unpopular tax. What are the implications for India’s own version of GST? Click here for enlarge 1. Why is a tax in distant Malaysia relevant
By News Desk Tue, 22 May 2018

New Delhi: Malaysia’s new Prime Minister Mahathir Mohamad last week said the country will abandon its goods and services tax (GST), following up on a poll promise to scrap the deeply unpopular tax. What are the implications for India’s own version of GST? 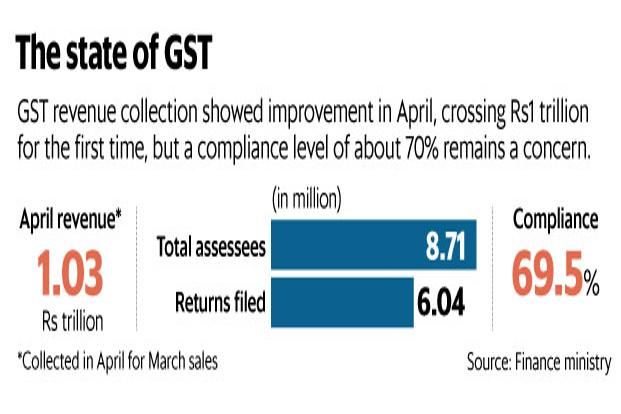 1. Why is a tax in distant Malaysia relevant for India?

Despite having features like a single tax rate for all which, in theory at least, made Malaysia’s GST less complex and superior to India’s version of the indirect tax system, it did not serve the South-East Asian nation well. This turned out to be politically costly for the Najib Razak government, and Mahathir Mohamad returned to power earlier this month on the promise of scrapping GST. All this matters because there has been some resentment about the GST design in India.

2. So, what went wrong with Malaysia’s GST?

For one, unlike in India, the concept of taking credit for the taxes paid previously to settle the final tax liability of a business was new to Malaysia when GST was introduced in April 2015. All this was confusing for small taxpayers. Malaysia’s GST was also applicable to many mass-use items—the tax was blamed by the public for rising prices. Additionally, the country was hit by the multi-year fall in oil prices from the second quarter of fiscal 2015, and currency depreciation added to the government’s fiscal woes.

Some tax experts say that India’s GST design, with mass-use items either exempt or taxed at the lowest rate of 5%, is the soundest as it does not resort to over-simplification of the indirect tax code. They further say that the single rate model followed by Singapore, which has almost no agricultural income and is heavily dependent on the services sector, cannot be replicated in countries such as India or Malaysia.

5. What are the lessons for India from Malaysia’s experience?

Experts believe further reforms to India’s GST can wait till the system stabilizes. GST compliance is around 70% at present and changes could be implemented once compliance, especially by small businesses, improves. GST‘s success will also depend on strengthening the IT network, a smooth rollout of the new return-filing system and quick processing of tax refunds.